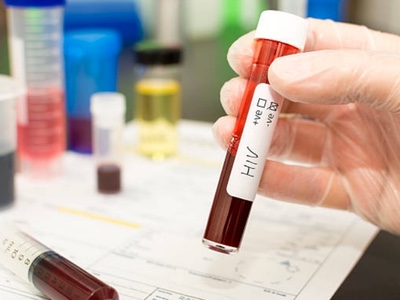 The data confirms and extends the HIV reservoir reduction by ABX464 seen in ABIVAX’s previous Phase 2a trial, ABX464-004.

Ian McGowan, Professor of Medicine in the Division of Gastroenterology, Hepatology and Nutrition at the University of Pittsburgh School of Medicine and co-author of the study protocol, said: “This new data from the ABX464-005 study is very exciting and suggests that ABX464 could play a critical role in a HIV cure or eradication strategies.

“ABIVAX reported data from the first cohort after treatment for 28 days. The second cohort, in which patients will be treated for three months, recently started recruiting patients and will begin to report data next year. The longer-term data will provide a better understanding of the potential for ABX464 to definitively induce a sustained viral remission.”

In the first cohort, 11 patients with HIV infection received 150 mg ABX464 for 28 days in addition to their antiretroviral treatment. Blood samples and rectal biopsies were collected at pre-specified time intervals, allowing quantification of changes in the viral reservoir and mucosal inflammation over time.

Two patients discontinued the study due to grade 1/2 adverse events, which resolved a maximum of 6 days after ABX464 interruption.

Nine patients from the first cohort completed the study. Eight of these nine patients showed a decrease between day 0 and day 28 in HIV DNA in peripheral blood CD4+ T cells.

The median for all nine patients decreased from 191 copies / million CD4+ T cells to 116 copies / million CD4 + T cells, resulting in a statistically significant decrease (p<0.01) in HIV DNA in CD4+ peripheral blood T cells. Because of low quality and quantity of cells isolated from the rectal biopsies, no reliable HIV DNA data from this tissue were obtained for this cohort.

Dr Jean-Marc Steens, Chief Medical Officer of ABIVAX, said: “Following the data from ABX464-004 showing the first evidence that ABX464 could reduce the HIV reservoir in the blood, the confirmation in ABX464-005, performed in a different laboratory, is an important validation of the potential for ABX464 leading towards a functional cure.

“This sensitive assay allowed us to not only confirm that ABX464 reduced HIV reservoir in blood, but also to show that the effect is more robust than previously observed. In this first cohort, the rectal biopsies did not yield enough HIV DNA to make an assessment of the viral reservoir. For the ongoing second cohort, we have made changes to the procedures to ensure that enough high quality viral DNA is available for the generation of the appropriate data.”

The second cohort of 12 patients will receive 50 mg of ABX464 for 3 months in addition to their antiretroviral treatment. Similar to the first cohort, patients will undergo rectal biopsies at pre-specified intervals to quantify the change in viral load and level of inflammation over the 3 month time period. The first patient of the second cohort was dosed at the Germans Trias i Pujol University Hospital Badalona in Barcelona, Spain.

Initial results of the second cohort are expected in the second quarter of 2018.

The results of this study are being submitted to major international HIV conferences.

Professor Hartmut Ehrlich, CEO of ABIVAX, said: “Before we received this data we had an exciting trend, now we have solid evidence for the reduction of the HIV reservoir in the blood. The new findings of the ABVX-005 study affirm our commitment and deepen the responsibility we have towards all HIV patients and the HIV community in driving this unique compound forward as rapidly as possible.

“Clearly, more research and clinical evidence is needed to achieve our goal of sustained viral remission and we are going to strengthen the development of ABX464 by expanding our clinical programme.”