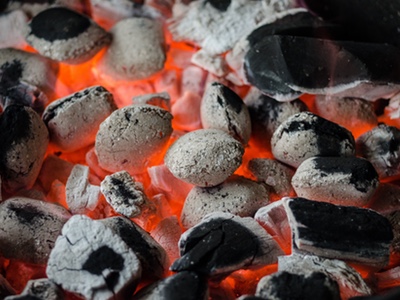 Summertime is barbecue time. However, when fat reacts with glowing coal, a substance chemists call benzopyrene is created. It is a widespread environmental toxin that can cause cancer in humans.

Since buildings were heated with coal and wood for decades, dispersed by chimney smoke, it is now also found in soil and groundwater.

A team led by Professor Arne Skerra from the Technical University of Munich (TUM) has deciphered the binding mechanism of an antibody to benzopyrene — a discovery that could pave the way for an easier method to identify and remove the toxin.

During the incomplete combustion of organic substances polycyclic aromatic hydrocarbons (PAHs) are created. The most well-known of these substances is benzo[a]pyrene (BaP) due to its high toxicity and its facile identification.

It is generally used as a marker for the prevalence of PAHs. In the human body, PAHs substances are converted into molecules that may cause genetic variations (mutations), which in the worst case results in tumours. Hence, PAHs are seen as hazardous substances or environmental toxins.

Apart from the barbecuing of sausages, steaks or vegetables, significant amounts of PAHs are also created when smoking tobacco, which is why even passive smoking is now considered as being carcinogenic. Similarly, open fireplaces in apartments and vehicle exhausts are also seen as sources of PAHs.

PAHs emitted into the air by the burning of fossil fuels remain there or bind to soot particles. By way of precipitation, they can then accumulate in the soil, on playgrounds and in groundwater, ultimately also ending up in drinking water.

Because benzo[a]pyrene is highly carcinogenic, European directives specify a limit for the maximum amount of this substance in drinking water (10 ng/L for BaP). However, in order to measure such minute values, highly sensitive methods are needed.

The team led by Skerra from the Chair of Biological Chemistry in Weihenstephan and Professor Dietmar Knopp from the Chair of Analytical Chemistry in Grosshadern have succeeded in identifying an antibody that tightly binds benzo[a]pyrene. They describe the complicated binding mechanism in the current issue of the specialist journal Angewandte Chemie International Edition.

Skerra said: ”We now know how the binding of the antibody to benzo[a]pyrene, a peculiar organic compound, takes place, allowing us to possibly develop antibodies against other PAHs as well. Hence, in the next step, it is conceivable that such antibodies may be used to separate aromatic hydrocarbons from contaminated drinking water, for example."

However, whether the scientists' discovery can eliminate the hazards of eating barbecue sausages is a different matter. Until then, barbecue fans should not grill their meat too long nor at a too high temperature, and also prevent meat juice and fat from dripping into the hot coal if possible.