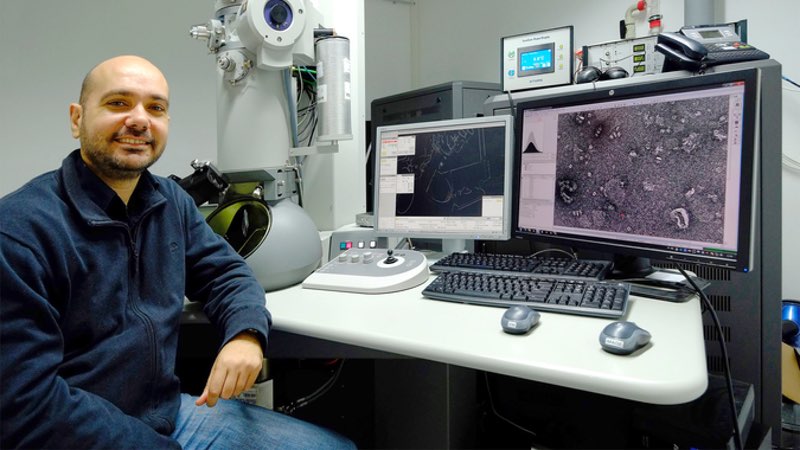 Dr Christos Gatsogiannis, a researcher at the MPI of Molecular Physiology. Credit MPI for molecular physiologist

Antibiotics are still the most important weapon for combatting bacterial infections. But medical science is running out of “ammunition” because of more and more frequently occurring resistances. A research team has now elucidated the structure of the proteolytic complex ClpX-ClpP, deemed a key to the development of innovative antibiotics that target the degradation process of defective proteins in bacteria.

A particularly promising point of attack for antibacterial therapies is the proteolytic enzyme ClpP: It plays an important role in bacterial metabolism and ensures the controlled degradation of defective proteins.

But for this purpose, it requires the ClpX protein as a starting aid. In the complex with ClpP, ClpX identifies proteins, which should be degraded, unfurls them and guides them into its barrel-like degradation chamber.

Scientists in the groups led by Prof Stephan Sieber, Technical University of Munich (TUM) and Prof Stefan Raunser, Director at the Max Planck Institute of Molecular Physiology in Dortmund, have now elucidated the three-dimensional structure of the ClpX-ClpP proteolytic complex. An industry first, the findings establish an important basis for future pharmacological strategies.

A new class of potential antibiotics, the so-called acyldepsipeptide (ADEP) antibiotics, also brings about an uncontrolled degradation through ClpP without the support of ClpX. As a result, also vital proteins are destroyed with lethal consequences for the bacteria.

This unique mechanism of action has considerable innovation potential in the fight against pathogenic bacteria. Whereas common antibiotics act through the inhibition of vital processes, in this case, the antibacterial effect is achieved through the activation of a process.

In addition to the degradation of defective proteins, ClpP is also a decisive regulator in the production of an arsenal of bacterial toxins which are primarily responsible for the pathogenic effect of many pathogens.

At the TUM, the group led by Sieber has been successfully researching the ClpP protease for years and has already developed a large number of potent inhibitors against ClpP and ClpX, which stop the production of bacterial toxins and can, therefore, more or less disarm them. Dóra Balogh has now managed to produce and stabilise the ClpX-ClpP complex.

Up to recently, the structure of the ClpX-ClpP complex could not yet be elucidated in detail. Dr Christos Gatsogiannis, a researcher in the group led by Raunser at the MPI of Molecular Physiology, has now managed this by means of cryogenic electron microscopy. 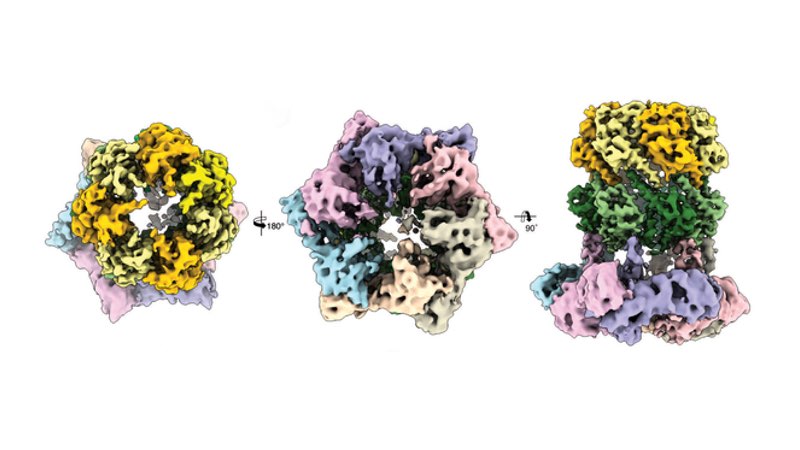 With this technology they were able to demonstrate that ADEP and ClpX dock onto ClpP at the same spot, but control the process of protein degradation in a different way: Whereas ClpX does not lead to an alteration in the structure of ClpP, ADEP brings about an unintended opening of the complex. As a result, intact proteins are also degraded in an uncontrolled manner and without the support of ClpX.

The clarification of this mechanism by the research teams from Dortmund and Munich is a milestone on the way to the development of innovative antibiotic substances targeting ClpP.