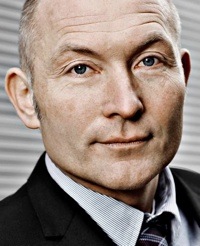 Kymab, a UK-based monoclonal antibody biopharmaceutical company, has appointed Christian Groendahl as Chief Executive and David Chiswell, currently non-executive Director of Kymab, as Chairman. Both men take up these roles on 16 September.

Kymab is using the Kymouse transgenic human antibody platform to discover and develop human monoclonal antibody drugs. The firm plans to develop its platform and advance several drug candidates into clinical development over the next five years.

Groendahl has worked in the pharmaceutical industry for nearly 20 years. Previously, he was Chief Scientific Officer at Zealand Pharma. Before this, he held research, development, clinical and corporate roles at Novo Nordisk, including VP Cancer and Inflammation, Corporate VP for Global Clinical Development and Corporate Development and Alliance Management.

Chiswell has more than 30 years’ experience in the biotechnology industry, having co-founded Cambridge Antibody Technology in 1990. Since 2002 he has been Chairman of a number of biotechnology companies including Nabriva Therapeutics, Sosei, and Daniolabs. He is currently also Non-Executive Chairman of Albireo Pharma and a Director of Nabriva Therapeutics. He joined the Kymab board in 2012.