The majority of oncology clinical trials in China that had a start date between 1 January 2012 and 31 December 2017 failed to meet the planned enrolment targets, according to GlobalData, a data and analytics company 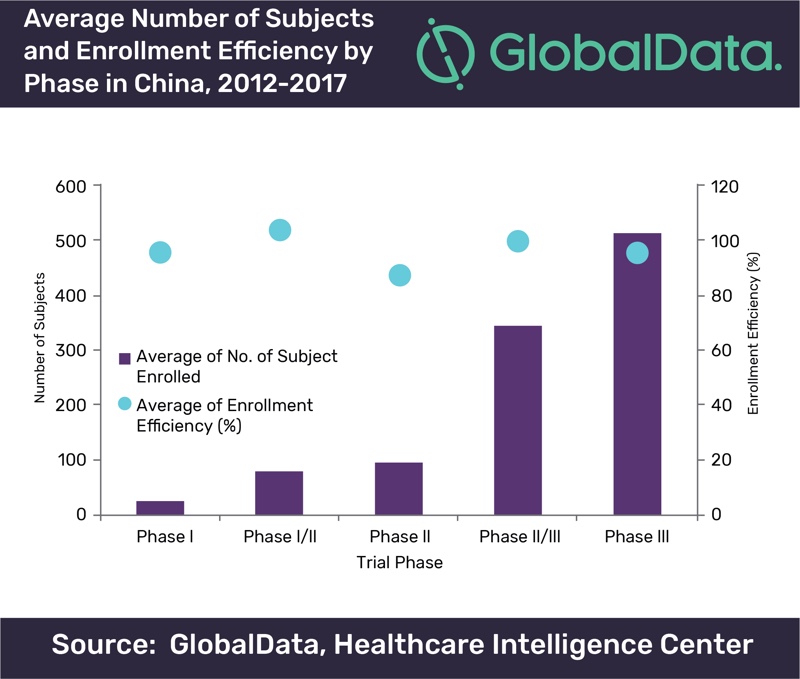 Average number of subjects and enrolment efficiency by phase in China, 2012–2017

Although Phase II clinical trials recruited fewer subjects on average (93.1 subjects) relative to Phase II/III (343.3 subjects) and Phase III (513.5 subjects), the greatest discrepancies between planned targets and actual numbers of enrolled subjects was observed in this phase, which had average enrolment efficiencies of 87.8%.

Furthermore, Phase I oncology clinical trials typically failed to meet planned enrolment targets despite enrolling an average of 22.3 subjects in these trials.