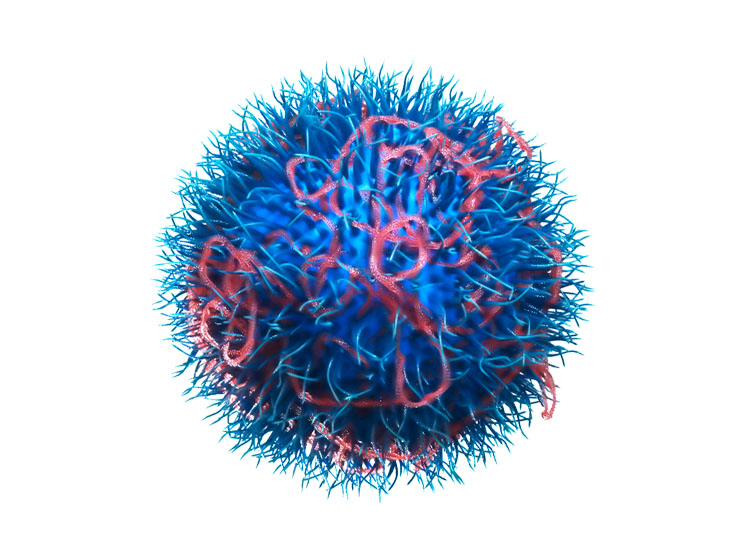 This research has added to growing evidence of Nuvec’s suitability for clinical use in oncology, gene therapy, and protein replacement thanks to its ability to load and protect multiple plasmids (both large and small); its ability to deliver a payload to the appropriate cells and to effect transfection and release; and its thermostability (Nuvec can be dried, stored at room temperature, and reconstituted without degradation of DNA).

TNF-α (Tumour Necrosis Factor) cytokine has cytotoxic effects on cancer cells but cannot be easily used clinically due to its high toxicity.

Nanoparticle-mediated preferential delivery to the tumour (possibly due to the enhanced permeability and retention [EPR] effect) of non-toxic TNF-α precursor in the form of DNA, could present a viable oncotherapeutic strategy, making TNF-α an appropriate compound as proof of concept for demonstrating Nuvec’s suitability in this space.

It is anticipated that other compounds would be trialled with Nuvec® in future studies prior to clinical trials.

Nuvec has a novel irregular surface structure that simply and effectively binds and protects the RNA/DNA to help delivery to the cell membrane. Once inside the cell, via an endocytotic process, the RNA/DNA is released to enter the cellular machinery, resulting in protein transcription and delivery of an immune response. Nuvec® can be optimised to produce a consistently monodispersed product once loaded.

Dr David Templeton, Technical Director, N4 Pharma, commented: “The researchers at the CRO formulated colloidally stable Nuvec-TNF-α pDNA polyplexes, which successfully mediated gene transfer to the cells and translation to the functional cytokine in vitro, and generated an anti-tumour response in an in vivo mouse tumour model."

"This provides clear evidence that Nuvec has the potential to deliver plasmids with anti-tumour effects in vivo. Our next phase of work involves exploring the dose response curve with the TNF alpha plasmid and evaluation of other potential nucleotide-based therapies. We are actively looking for/seeking compounds with commercial application to trial with Nuvec.”

Nigel Theobald, CEO, N4 Pharma, added: “To date, companies developing oncology drugs or vaccines have had a limited choice of delivery systems to work with. Lipid nanoparticles, viral vectors, or electroporation, being the established choices. Although these can produce good results, they can also cause undesirable side-effects such as accumulation in the liver, the infection of healthy cells, and the stimulus of unwanted systemic immune activity."

"In addition, it is important to remember that electroporation remains very expensive and complicated to administer. We are pleased with these latest findings that add further weight to the potential of Nuvec® as a viable alternative delivery system for use in cancer treatments and vaccines.”