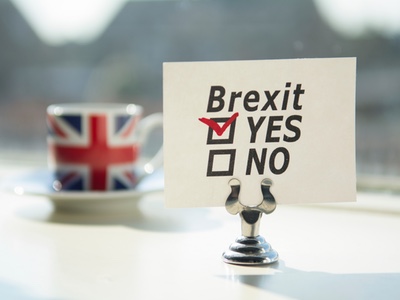 NOAH’s inaugural Brexit Barometer report has revealed that optimism and uncertainty are vying for position on the future of the animal medicines industry in the UK.

The report was developed following the set up of NOAH’s Brexit Taskforce and a Brexit workshop event where NOAH members and stakeholders representing 16 organisations came together to discuss and debate the impact of the EU Exit on the animal medicines sector.

The findings revealed that while there were clear levels of optimism from the majority when it comes to animal health and welfare, 40% of attendees said they felt "somewhere in the middle" when asked to declare whether they felt optimistic or pessimistic about the overall future of the industry.

With 35% feeling optimistic and 25% feeling pessimistic, steering members and stakeholders towards optimism through a collaborative relationship with the government becomes fundamental to the future success of the industry.

The report will be repeated to track shifting sentiment as the Brexit process unfolds. Attendees examined the exit from the EU and its impact on the industry through six different lenses: animal health and welfare, public health and food production, trade and investment, R&D and innovation, bringing new products to market and post-licensing controls for the overall market.

In a follow-up poll conducted as part of NOAH’s Members’ Day at ZSL Regents Park in June, delegates revealed almost identical opinions, suggesting that the shock General Election outcome and continuing climate of political uncertainty has not changed views.

Brexit event attendees were also asked to share their levels of optimism on each of the six areas. In order of positivity, the top three topics were as follows:

Alongside tracking sentiment, the report sets out a series of specific opportunities for each of the six topic areas, outlining what the industry and its stakeholders require from government to realise each of these. NOAH will be working closely with its members and stakeholders to communicate and address this feedback in the coming months.

NOAH Chief Executive, Dawn Howard, comments: “When we set up our Brexit Taskforce in 2016, our priority was to ensure we continue to support and champion a vibrant and innovative animal health market, supporting UK farming and pet ownership, in which our members can thrive."

"Although we’re delighted to see that there is a degree of optimism among our diverse audiences, we are very conscious of the need to translate the largest proportion (40%) of undecided respondents into positive sentiment to enable us to capitalise on Brexit despite the uncertain political climate."

“People are ready to embrace Brexit, providing our needs are recognised. This is promising given the scale of the task ahead of us and the need to work collaboratively to deliver the opportunities that we have identified. We look forward to working closely with our members, stakeholders and Government as negotiations unfold in the coming weeks and months.”

Neil Parish MP, Chair of the Environment, Food and Rural Affairs (EFRA) Select Committee, who attended the NOAH Members’ Day as keynote speaker in June, comments: “Brexit will affect us all and the process will not be simple. The animal medicines industry plays a vital role in supporting the health and welfare of the animals that produce food from UK farms and the pets that share our homes."

"Government will need to work closely with the sector to address issues ranging from building on the UK’s existing high standards of animal welfare and protecting against a post-Brexit labour shortage, to ensuring that innovative medicines and vaccines can continue to be brought to the UK market through appropriate regulation and trading agreements between the UK and the EU."

"The results of this initial report very clearly illustrate that the future of the industry lies very much in the balance and steering it towards optimism and success is our main priority as we take on the challenges that lie ahead.”