Using centrifugal partition chromatography can yield a recovery rate that is greater than the average HPLC method and uses significantly less solvent in the process, researchers find 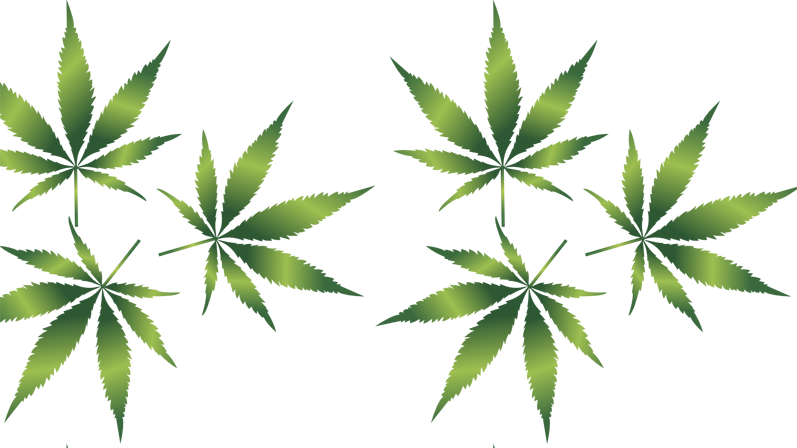 The medical cannabis market for Europe’s three largest consumers – Italy, the Netherlands and Germany – could double this year, according to a recent report from a cannabis market research firm, creating increased demand for manufacturers to produce pure, medical-grade cannabinoids1

Additionally, a few months ago, Bulgaria became the first European Union member state to allow the free sale of cannabidiol (CBD) derived from hemp ... and many other European countries could follow suit.2

In Europe, it is legal to cultivate cannabis plants if they have low levels of THC. By legal mandate in the EU, hemp can be grown and legally sold if it contains less than 0.2% THC by dry weight.3 This hemp can then be processed into cannabidiol and other pharmaceutical drugs.

Traditional chromatography methods, such as high-performance liquid chromatography, which require expensive silica resin and large quantities of solvent, are not efficient enough to produce pure enough cannabinoids from hemp on a mass scale.

As an alternative, researchers have developed a new workflow for extracting cannabinoids from hemp using centrifugal partition chromatography (CPC). This workflow can yield a recovery rate that is greater than the average HPLC method and uses significantly less solvent in the process.4,5

Besides CBD and THC, CPC can be used to purify additional cannabinoids, such as cannabigerol (CBG) and cannabidiolic acid (CBDA) from cannabis. CPC can yield a cannabinoid mixture that is THC-free, which might be necessary for the production of pharmaceutical drugs. The process also can purify individual compounds, such as CBD, for the development of dietary supplements and CBD-based food products. 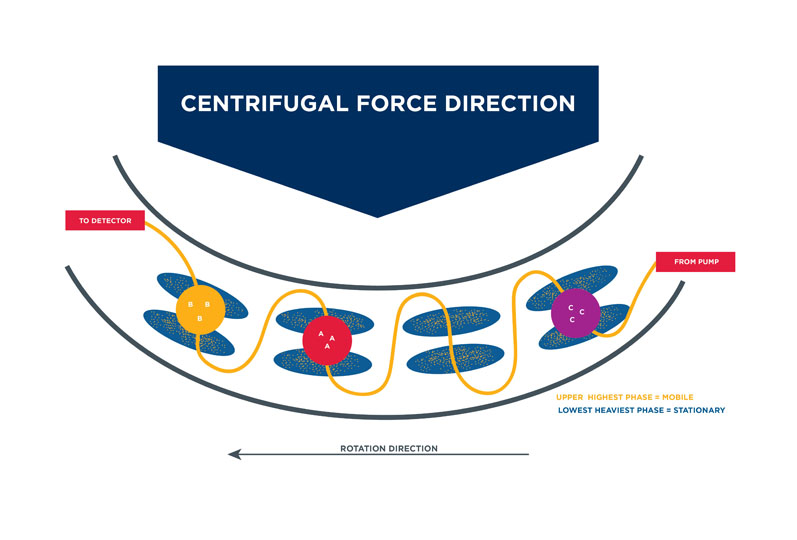 Figure 1: The CPC process. A CPC column contains disks with thousands of cells linked together in a chain. As the disks spin, the stationary phase (blue) is held in place in each cell with centripetal force and the mobile phase (yellow) migrates from cell to cell. The compounds in the mobile phase (A, B, and C) diffuse into the stationary phase at different rates according to their relative affinities for the two phases, leading them to separate themselves in different cells

All of the technologies in the hemp purification workflow have been used in other applications and are now easily applied towards hemp production. Here, we outline the steps for converting the dry hemp plant into pure cannabinoids:

Solid/liquid extraction: In cannabis purification, scientists typically use a solvent such as carbon dioxide (CO2), butane or ethanol to extract the chemical compounds from the dry hemp plant. This extraction step produces crude, dry extract that contains cannabinoids, terpenes, lipids, waxes and other compounds.

Filtration: To remove precipitates and other particulates from the extract, one can use vacuum filtration via a Buchner funnel or a plate press. The filter micron range should be 0.45 or less.

Dry down: To remove ethanol from the abstract, one can use either a rotary evaporator or vacuum distillation. This leaves behind the cannabinoids and terpenes.

The following steps are optional. Whether or not it is appropriate to perform distillation will depend on how clean of an input material you want to introduce to your CPC column. These steps produce a cleaner product, yet they require additional equipment and more time to complete.

Dilution: The next step is to dilute the cannabinoid mixture in the appropriate solvent to bring it to a state in which it can be pumped through a centrifugal partition chromatography column.

Filtration: Finally, one can use a vacuum filtration via a Buchner funnel or a plate press to remove precipitates from the diluted sample solution. The filter micron range should be 0.45 or less. Now, the extract is ready to be injected onto a CPC column. 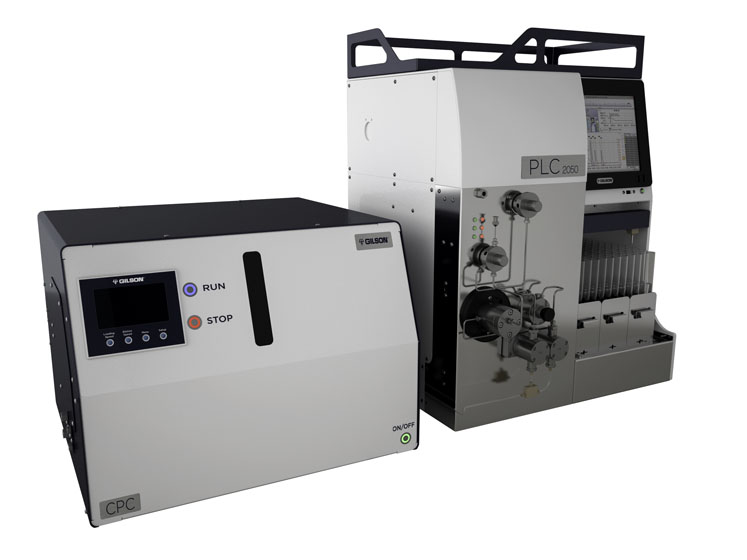 The process involves a single step: simply inject the sample solution onto the column and allow the CPC method to run to completion. Figure 1 demonstrates how CPC extracts compounds using a liquid stationary phase.

Dry down: Using a rotary evaporator and distillation, the user can remove the solvents, leaving behind their desired compound(s). The solvents can be reused.

It’s important to note that one must use a separate analytical technique, such as analytical HPLC, to determine the identity and purity of the final isolated compound(s) (Figure 2).

As the technique does not use silica, it is more cost-effective to perform at kilogram scale using CPC than traditional chromatography methods. The silica stationary phase in traditional HPLC columns readily absorbs compounds, requiring regular replacement of the silica itself or the column as a whole after a number of injections.

As CPC uses a liquid stationary phase, the column can be rinsed and reused, and no costly silica has to be replaced.

As cannabis, CBD oil and other cannabinoid-based products gain popularity, the need to manufacture them will only increase. This workflow provides a simple, straightforward method for extracting pure cannabinoids from dry hemp using common techniques and should aid in producing safe and effective hemp-based products on a mass scale.