Romaco, a Germany headquartered supplier of processing and packaging machinery for the pharmaceutical industry, has set up Romaco France.

The firm says the move will enable it to redefine its position in France and the Walloon region of Belgium.

This new Sales & Service Centre, located in Estillac, Agen, France will be the local representative for all eight Romaco brands. 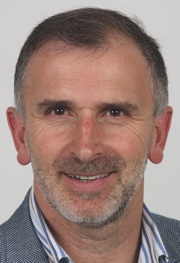 Michel Daunes is the new Managing Director of Romaco France

Officially established today (1 August), Romaco France will have a six-strong team led by Michel Daunes and in addition to the Agen centre, will operate further offices in Chartres, Paris and Grenoble.

'Thanks to our decentralised organisational structure, we’ll be even closer to our customers from now on,' said Daunes, Managing Director of Romaco France.

Daunes been responsible for sales of Romaco products in France and Wallonia since 1994.

'Our sales reps and service technicians can be on the spot promptly whenever they’re needed – something that’s vitally important if you’re looking to build up robust partnerships,' he said.

Thanks to our decentralised organisational structure, we’ll be even closer to our customers from now on

Romaco France will start off with a client base of about 150 manufacturers, where some 500 Romaco machines are already in operation in both the pharmaceutical and cosmetic industries.

Romaco France will represent all eight Romaco brands and their processing, tableting and packaging product lines.

There is traditionally a very high demand for Romaco Promatic cartoners in France and the Walloon region, the firm said.

This strong presence will now be extended to include line business with Noack, Siebler and Macofar primary packaging machines.

Tablet presses made by Romaco Kilian have already made a name for themselves with numerous Romaco France customers, while Romaco Innojet processing machines are relatively new to the market.

'We’re now aiming to leverage the synergies of our broad portfolio as we explore and generate new opportunities for Romaco technologies,' said Daunes.

The focus will be on the Romaco Group's core competency of manufacturing and processing pharmaceutical solids.

Paulo Alexandre, CEO Romaco Group, added: 'The establishment of Romaco France will allow us to present a coherent face in this key European market, which is critical for the French-speaking countries of North Africa.

'Michel Daunes, our newly appointed Managing Director of Romaco France, is an extremely accomplished and experienced sales specialist who has worked at Romaco for more than 20 years.

'He is thoroughly familiar with the market and the needs of our customers in both France and Wallonia.'

Romaco's eight brands include the packaging product lines Noack, Siebler, Bosspak, Macofar, Promatic and Unipac, which are manufactured in Karlsruhe, Germany and in Bologna, Italy.

The tableting product line Kilian is produced in Cologne, Germany, while the Innojet product line in Steinen, Germany is responsible for granulation and coating.