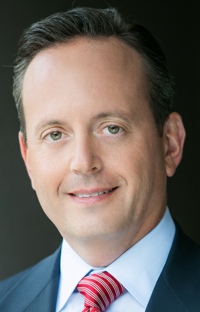 Actavis has completed its acquisition of Forest Laboratories in a cash and equity transaction valued at approximately US$28bn.

The deal creates one of the world's fastest-growing speciality pharmaceutical companies, with annual revenues of more than $15bn anticipated for 2015.

Saunders said the combination of Actavis and Forest creates an 'innovative new model for success in the global speciality pharmaceutical industry, built to compete within today's evolving healthcare landscape'.

He added that the merged companies will have 'a broad portfolio of strong brand, generic and OTC products, a commitment to development-focused, results oriented research and development and the size and scale needed to efficiently and cost-effectively meet the needs of our global customer base'.

'The new Actavis is uniquely positioned to deliver exceptional long-term financial performance and expand access to pharmaceutical products for patients around the world,' he said.

With the addition of Forest, Actavis will market more than 35 products across seven therapeutic market segments and maintain 'blockbuster product franchises in five therapeutic categories', as well as a global generics business with operations in approximately 60 countries and a top ten position in more than 25 markets across the world, Saunders added.

The transaction also strengthens Actavis' speciality brands pipeline, with more than 25 products in the near- or mid-term stage of development, including new exclusive product opportunities as well as a robust portfolio of next-generation products.

The speciality brands pipeline now includes 16 product candidates at the Phase III or NDA stages of development, including treatments for Alzheimer's disease, cardiovascular disease, infectious disease, as well as treatments for Schizophrenia and bipolar disorders, treatments for COPD and an array of Women's Health conditions.

Going forward Actavis will continue to focus on complementing its pipeline of solid oral dosage products with more complex modified-release and other dosage forms.