The hepatitis C market across the Asia-Pacific (APAC) region, which includes India, China, Australia, South Korea and Japan, is forecast to grow from $5.3 billion in 2016 to $8.3 billion by 2023, at a compound annual growth rate of 6.4%, according to business intelligence provider GBI Research 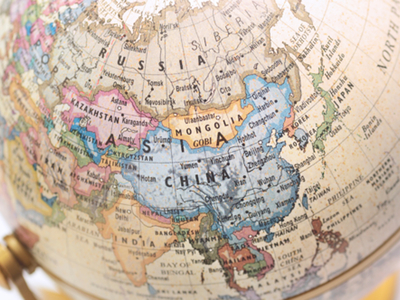 The company’s latest report, Hepatitis C Therapeutics in Asia-Pacific Markets to 2023, states that this growth will primarily be driven by the arrival of investigational pipeline treatments (most notably a set of pan-genotypic DAAs), the expansion of treatment coverage to patients who previously did not qualify for DAA treatment, further elimination of ribavirin and interferon based treatment algorithms and the market penetration of DAAs in China.

However, the impact of high SVR rates obtained by newer DAAs is likely to heavily reduce the prevalence pool and thus will limit market size growth rates.

Driven by these factors, the Australian and South Korean hepatitis C markets will decline by the end of forecast period, whereas China, Japan and India will see an increase in market size.

Vivek Goswami, Analyst for GBI Research, commented: “The hepatitis C therapeutics market is highly competitive and has rapidly matured; however, the supremacy of all-oral DAA regimens will continue during the forecast period, by virtue of their high efficacy, good safety and tolerability and current low viral resistance rates."

"At present, developers are seeking to differentiate their products by using clinical trial and real-world data to provide insights on the efficacy and tolerability of their products in niche patient populations."

"The developers of late-stage pipeline agents are focusing on pan-genotypic activity and targeting populations that are likely to emerge as major difficult-to-treat populations in the near future – most importantly, patients who have failed DAA-containing regimens.”

The Japanese hepatitis C market features several unique aspects not found in the other APAC countries. These include a low diversity of hepatitis C strains prevalent in the general population, and a different set of available DAA treatment approaches, with several drugs only marketed in Japan, such as Ximency.

Goswami continues: “As a result, market opportunities for new product launches and dynamics between marketed drugs are unique in Japan.’’

Most notable is the strong presence of Bristol-Myers Squibb in the Japanese market, a company nearly absent in the other APAC countries, with the exception of China. The Japanese market has a heavy emphasis on GT1 and GT2 patients, which means that the broad GT coverage of upcoming therapies is not a massive advantage.

Goswami added: ‘‘The competition in the market will slowly turn towards a focus on marketing and sales strategies.’’

Price competition among marketed products has been fierce, especially after Merck launched Zepatier in Japan, Australia and South Korea at a significantly lower listed price than other marketed products.

This trend is expected to slow down, mainly because of a declining patient pool naturally limiting the market size and reducing the advantages achieved by an aggressive pricing policy. In addition, the theme of trying to shorten treatment duration continues to be a focus of pipeline development.