Beximco Pharma: The Bangladeshi company connecting with the US 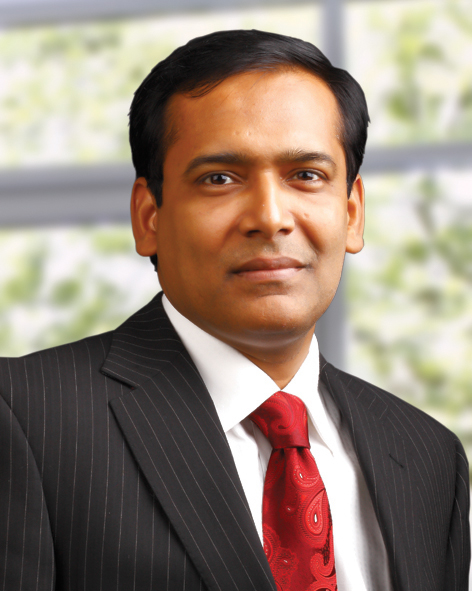 Beximco Pharma is a manufacturer and exporter of medicines in Bangladesh and is currently the only one exporting them to the US, a commercial achievement that cannot be hastily overlooked. Those trying to follow in its footsteps will surely not.

Chief Operating Officer Rabbur Reza believes that what makes his company stand out is the positive brand-building Beximco has prioritised. "In Bangladesh, products are sold under brand names, it's a branded generic market. It's not about the price but about the total package: your service, your quality. So, you put that around your brand name."

For Reza, companies cannot build a brand if the fundamentals are not correct. "As we are also working with multinationals, we have to have that quality standard. Quality is our key differentiator."

Reza explains that many people in pharma believe that quality is a given. He specifically mentions that in the US market the quality is taken as standard; you don't have to sell it, but overseas manufacturers need to prove it. "That's what we have proven to doctors that we are different from others," he explains.

Beximco is listed on the London Stock Exchange. Speaking about how approaching these two markets differed from an emerging market such as Bangladesh, Reza explains that as you don't have to sell quality in the US, you have to sell other things. "The relationship, the confirmation of pure supply, then the price."

In comparison to these developed markets, other countries that Beximco sells to have a different focus. With quality not guaranteed the price is secondary to this. "When you work in Kenya or Myanmar it is not really about the price," reinforces Reza.

Bangladesh has a population of 170 million, and 97% of its pharma requirements needs are met by local manufacturers. With this infrastructure and some cost advantages over its neighbours, the future of export potential is significant. So, why aren't there more companies doing it to the US?

Considering the high rate of US FDA warnings in neighbouring India, the success of Beximco beyond Bangladesh reinforces the idea that a good GMP compliance reputation can make a big difference to overseas success.

To build a better picture of the local manufacturing landscape Beximco works with, Reza explains that though companies in Bangladesh are producing large quantities of molecules, the actual number of products coming out of the country is more modest.

Reza thinks the number of different generics produced locally is growing, but despite there being plenty of formulation and ingredient manufacturers, the region lacks local equipment suppliers.

This shortcoming leads the company, as well as the industry, to rely on outsourcing from further afield. As such, most of Beximco's manufacturing equipment comes from Europe, as these have the highest standards globally.

BEXIMCO BY THE NUMBERS:

–6 million units of creams and ointments per annum

–10 million units of suppositories per annum

–5 billion tablets on a single shift


It is interesting to consider the lack of a substantial market of locally produced manufacturing equipment in Bangladesh in correlation to the rarity of technology transfers in Bangladeshi companies, in contrast to companies in developed markets with plenty of local suppliers.

One of Beximco's unique selling points is the technology transfers it achieves despite this. A factor that aids its ability to perform these tech transfers is that Beximco does most of its manufacturing itself, only outsourcing to two or three companies in Bangladesh, of which Sanofi is the largest.

When the company looked to get into insulin production, this same approach was taken. Beximco picked the 4th largest insulin producer, Poland-based Bioton, assuming to sell and market its product in Bangladesh, similar to what GSK and Bayer have done for Russia and China. However, unlike others, Beximco looked to do the manufacturing itself, Reza explains.

Speaking about why the company decided to pick Bioton for insulin, Reza clarifies that the top three suppliers don't licence out, and that next on the list was Bioton. "We thought [Bioton] is well-known and has done its due diligence, so we approached them to do the same for Bangladesh. But with one difference, we will do manufacturing as well. We are the first company to get the tech transfer," he says.

This deal was for human insulin but Reza says that Beximco will be launching other insulin analogues – insulin glargine being one of them – in the next few months with another partner.

On the global insulin pricing hikes, Reza comments: "Big companies have invested a lot of money in researching analogues, so they are raising the price, but in reality, all insulin prices are the same."

Incorporated more than 40 years ago in 1976, the journey the company has taken is important to understanding how it got to where it is today.

The pharmaceutical company operates within a larger organisation, but a Group is not a legal entity in Bangladesh. This means that the many branches of Beximco have little to do with one another, and mostly just have common Directors.

When the Beximco group decided to form the pharma company, it began by importing and then locally distributing products from large multinational companies, like Bayer in Germany and Upjohn in the US. Beximco Pharma then grew, and ended up manufacturing many of these products under licensing agreements, following which it set up manufacturing capabilities in 1979.

Looking to expand on its manufacturing facilities, Beximco decided to grow by strategic acquisitions rather than building from scratch, with the aim of getting onto the market sooner. This plan led to the company acquiring Bangladesh-based Nuvista in 2008.

Reza says Beximco chose Nuvista because "they have got very good brand equity, good reputation among doctors, and a hormone focus that fits with our aspirations".

This year Beximco commenced export of Nadolol, a blood pressure drug to the US market, making it the company's fifth to do so. Nadolol tablets are the generic equivalent of Bristol-Myers Squibb's Corgard tablets for treating hypertension and angina pectoris (chest pain). The four prior launches were Carvedilol (blood pressure drug), Sotalol (beta-blocker), Methocarbamol (muscle relaxant) and Metformin (biguanide).

The company is currently producing more than 500 products with a global footprint in more than 50 countries and has been accredited by global regulatory authorities including the US FDA, AGES (EU), TGA (Australia), Health Canada, GCC (Gulf) and TFDA (Taiwan). Reza says that Beximco is the first to launch inhalation aerosol and nasal spray in Bangladesh. "First on the US market as well," he adds.

One of the biggest future concerns for pharmaceutical companies across emerging and developed markets is sustainability; both financial and environmental.

Commenting on Beximco's eco-friendly initiative, Reza says that the UN actually shows Beximco as an example in third world countries for how it cares for the environment. He talks about the company's various green initiatives, including measures to reuse water. Reza seems to be very aware that financial and environmental problems are intrinsically connected and not limited by location.

"The problem is the price is going up and the cost of medicine is going down. That is our day to day problem, a worldwide one," Reza concludes.