Braving the big, bad B word

With Brexit looming, what can industry do to prepare? 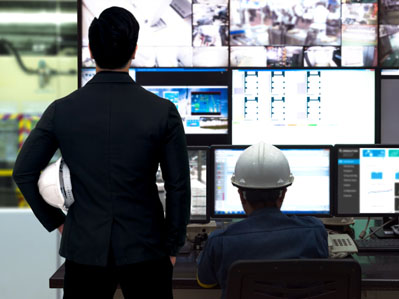 When the UK invoked article 50 of the Treaty on European Union on 29 March 2017, time began ticking down to Brexit day, initially set for exactly 2 years after the invocation.

With the deadline looming, George Walker, Managing Director of industrial automation expert Novotek UK and Ireland, offers advice on how British industry can brace for Brexit.

It’s fair to say that the Brexit process so far has not gone according to anybody’s plans. In the first few weeks of 2019, we’ve seen large businesses migrate headquarters overseas, extended closures announced at automotive manufacturers and a stalemate reached between UK government and EU parliament.

These factors throw British industry into a panicked state of uncertainty. Manufacturers have responded by stockpiling goods ahead of the Brexit deadline, with a survey by UK manufacturers’ trade body EEF finding that the output order balance for the final quarter of 2018 was +22%.

As the EEF states: “Evidence suggests current output maybe more a reflection of precautionary stockpiling rather than production driven by demand.” As any lean plant or supply chain manager will know, this is a costly and dangerous practice that should be avoided when possible. Yet, this is what many manufacturers are doing, often at the insistence of senior staff and the C-suite who feel there are few other options.

Brexit does pose a unique set of challenges, but there are a few things that manufacturers should do to remain as resilient and adaptable as possible, both in the immediate aftermath of Brexit and in the long-term future.

The first is to diversify the supply chain by involving numerous reliable suppliers, which will reduce a manufacturer’s reliance on specific companies and markets.

This will help minimise the need to stockpile during difficult periods. Using a modern material requirements planning (MRP) or enterprise resource planning (ERP) system can make this manageable.

Alongside this, industrial businesses should ensure their technology is as effective as it can be. Technology is a loose term, as the systems will vary from business to business. For manufacturers, it will often take the form of an industrial automation system such as GE Digital’s Predix that can allow for processes to be run efficiently and effectively, while providing plant managers with enough insight to continually improve operations.

Investing in the right automation system is crucial, as it allows businesses to optimise their operations and trim out non-value-added activities, inefficient systems and lost production. If a business has fewer of these, it is able to adapt more readily to challenges and maximise its productivity and profitability.

Operations aside, one of the other long-term concerns for many businesses, particularly in the industrial sector, surrounding Brexit is that of workforce and skills. UK labour figures from November 2018 reported that 132,000 EU workers left the UK in 2018, undoubtedly harming industrial businesses and reinforcing concerns about the future workforce of UK businesses.

The engineering skills gap has been a longstanding challenge for the industrial sector, so addressing the problem of workforce is critical.

In a recent meeting with Shadow Scotland Minister Paul Sweeney, I discussed the importance of manufacturers working far more closely with educational institutions around the country. This is something that Novotek UK and Ireland has committed to with universities in Scotland and something that we believe is vital for the future of the industrial workforce.

If manufacturers work closely with universities, we can ensure that the next generation of engineers has the skills required to succeed while incentivising more young people to follow these career paths. This will help strengthen the workforce of the future.

For all our best laid plans, none of us know how Brexit will truly play out or the impact it will have. The best we can do is set our sights to the future and put the best practices, processes and platforms in place to easily adapt to whatever may come.

Maintaining activity with proactivity
The strategic value of industrial data visualisation
You’ve got IIoT all wrong!
Bringing flexibility to pharmaceutical manufacturing
The importance of context in data collection
Shaping the industry around Brexit
Preventing downtime in pharmaceuticals