Clariant, a Swiss supplier of specialist chemicals, is further strengthening its presence in China with the official opening of its new Greater China headquarters in Shanghai today (20 October). The facility also includes a new technical application centre for pigments. 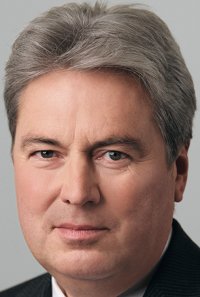 Hariolf Kottmann: China is one of the fastest-growing markets for Clariant (Photo courtesy of Clariant)

The company has also announced the start-up of its new Quinacridon pigment joint venture in Hangzhou.

Additionally, in September 2009, Clariant launched its multi-purpose-plant (MPP) in Zhenjiang. A new ethoxylation facility in Dayabay, the industrial hub in Southern China, is currently under construction. It is scheduled to open in June 2011.

By the middle of next year, Clariant will have invested approximately CHF150m in China in the last two-and-a-half years.

China will account for an 8% share of the worldwide Clariant business this year. The company currently employs 1,300 people in the region and is represented in 13 cities across 21 locations.

‘Setting up the new Greater China headquarters and the new production site in Hangzhou reflects Clariant’s confidence in the stability and growth of the Chinese economy,’ said Hariolf Kottmann, Clariant’s chief executive.

‘With a sales increase of about 30% in 2010, China is one of the fastest-growing markets for Clariant.’