Aims to capture additional value in the drug/device supply chain

Consort Medical is a developer and manufacturer of disposable medical devices for drug delivery including inhaled, nasal and injectables products through its core operating division Bespak.

Aesica, established in 2004, is a European pharmaceutical contract development and manufacturing organisation (CDMO) headquartered in Newcastle-upon-Tyne.

The company generated adjusted EBITDA of £20m on revenues of £179m last year.

Jon Glenn, Consort Medical’s CEO, said the acquisition 'represents a very strong fit with our existing strategy of diversifying into adjacent markets and technologies' to capture additional value in the drug/device supply chain. 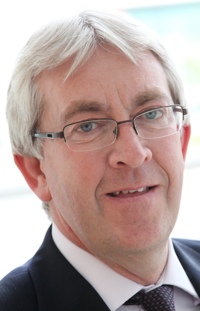 Robert Hardy, CEO of Aesica: We are proud of what we have accomplished with the support of Silverfleet Capital

Dr Robert Hardy, founding CEO of Aesica, added: 'We are proud of what we have accomplished with Silverfleet Capital’s support in developing Aesica through a combination of organic growth, continuous process improvement and investment in capacity. We continue to see many exciting opportunities in the pharmaceutical contract manufacturing sector and we look forward to pursuing these under the ownership of Consort Medical.'

Silverfleet Capital invested in Aesica in 2011 and over the last three years has worked with the management team to establish the company as a leading CDMOs. Aesica currently employs approximately 1,300 people.

In addition to its headquarters in Newcastle, Aesica has development and manufacturing sites across Europe including Cramlington, Nottingham and Queenborough in the UK, as well as plants in Monheim and Zwickau in Germany and Pianezza in Italy.

Consort Medical employs around 830 people across its manufacturing and R&D facilities in King’s Lynn, Cambridge, Milton Keynes and Nelson, Lancashire in the UK.

The transaction, which is expected to close in November, is conditional on the approval of Consort Medical’s shareholders and clearance by the German competition authorities.