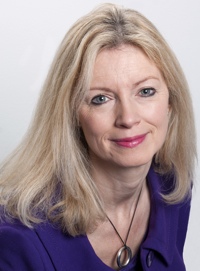 Avillion, a London, UK-based drug development company focused on co-development and financing of late-stage pharmaceutical candidates, from Phase III clinical development to marketing approval, has promoted Allison Jeynes-Ellis to Chief Executive. She replaces Lewis Cameron who has left the company to pursue other opportunities.

Jeynes-Ellis has more than 20 years of senior leadership experience in the pharmaceutical industry. She has managed both large and small teams focusing on global clinical development projects that have led to new drug approvals in Europe and the US, across a range of therapeutic areas.

Jeynes-Ellis is a founding member of Avillion’s management team and was formerly Chief Medical Officer.

She has worked in senior roles at Wyeth, Bristol-Myers Squibb and Novartis; and as an independent consultant to many companies, including CAT and Genentech, government bodies and medical research charities. She was previously Medical Director at Wyeth (UK and Ireland)and Medical & Innovation Director at the Association of British Pharmaceutical Industry (ABPI). She is a currently a non-executive director of the Health Research Authority and BioCity, Scotland.