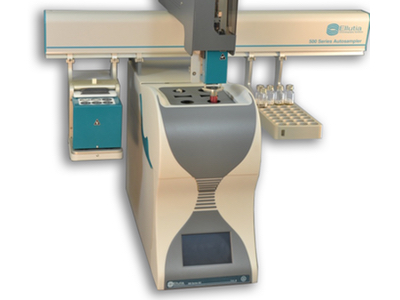 Ultra Fast Gas Chromatography (UFGC) is both an advancement of the technology and method of typical GC, a core technique for chemical analysis in analytical laboratories worldwide.

All of this combines to reduce cycle times by up to 10 times, while only using a fraction of the energy a conventional GC would require.

Ellutia will also display the compact 200 series GC and the 800 Series TEA. The latter is a highly sensitive chemiluminescence detector for nitro, nitroso and nitrogen-containing compounds.

Pittcon is the world’s leading annual conference and exposition on laboratory science. It attracts attendees from industry, academia and government from over 90 countries worldwide.

“We look forward to engaging with industry peers and having constructive discussion,” said James.

“Pittcon is always such a worthwhile experience. We can meet with many industry experts and discuss the wide range of challenges involved in providing chromatography instruments to a broad range of markets – from education and brewing, to materials testing and forensics.

Pittcon has evolved beyond its roots in analytical chemistry and spectroscopy into an event that now also serves a diverse constituency encompassing life sciences, pharmaceutical discovery and QA, food safety, environmental, bioterrorism and other emerging markets.

The event will be held in Chicago (Illinois, USA). Ellutia will be at Booth No. 5243.