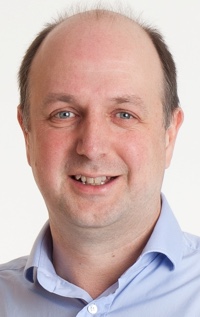 F-star, a biopharmaceutical company developing novel bispecific antibodies with a focus on immuno-oncology, has added Dr Neil Brewis to its management team as Chief Scientific Officer.

Dr Brewis has 20 years’ experience in drug discovery and development and prior to joining GSK, he played a key leadership role, as Head of Research, in the success of building Domantis until the company was acquired by GSK in 2007.