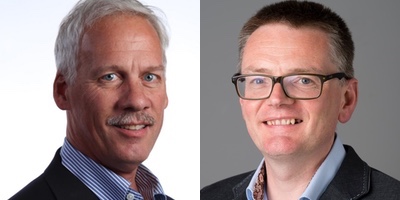 Dr Lutz will lead the advancement of Glythera’s portfolio of ADCs in the treatment of difficult-to-treat cancers. In addition, Glythera has appointed Dr Jon Roffey to the company’s Scientific Advisory Board (SAB).

With more than 25 years’ experience, Dr Lutz was previously VP of Translation Research and Development at ImmunoGen, where he was responsible for all early-stage ADC development programmes and gained further experience in directing the clinical pharmacology, biomarkers, pharmacology and toxicology departments.

While at ImmunoGen, Dr Lutz was responsible for bringing eight of ImmunoGen’s candidate ADC products into development and included being the research lead for Kadcyla.

As a medicinal chemist by training, Dr Roffey has had active involvement in a wide variety of therapeutic areas, including the development of ADCs in cancer.

With Robert’s appointment as CSO, and the addition of Jon Roffey to our Scientific Advisory Board, we start 2018 in a strengthened position as developers of the very best novel agents and targeted treatments, aiming to improve the lives of patients living with cancers that are the hardest to treat.”