With a significant number of individuals reporting that they find it difficult to swallow tablets or capsules, and more people admitting to not taking a medication because it was difficult to swallow, the pharmaceutical industry is tasked with increasing patient compliance ... with taste playing a significant part. Amie Gehris, Global Technical Service Manager at DuPont Water Solutions reports 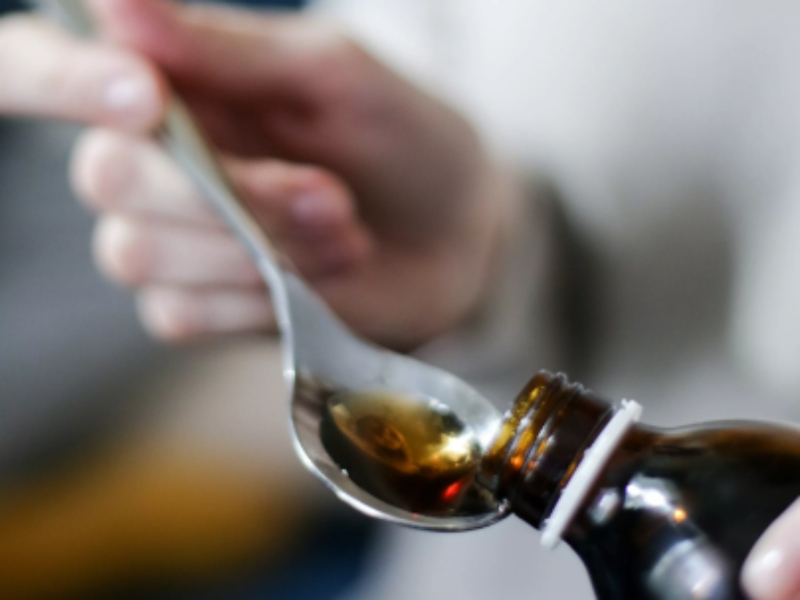 Oral drug administration is the most convenient and common way to take pharmaceutical medications and can take many forms, such as solid tablets and capsules, powders, granules, syrups, suspensions and, more recently, chewable tablets and gummies.

They all offer painless administration with the exact quantity of the active pharmaceutical ingredient (API) and can be stored at home with very few requirements. However, even though oral formulations represent about 90% of the global market share of all drug formulations, they have some drawbacks.1

Although most individuals use oral medicines without incident, APIs can have a very bitter taste that inhibits patient compliance. Additionally, geriatric and paediatric individuals often have problems swallowing solid capsules and tablets.2

One study reported that 60% of patients found it difficult to swallow tablets or capsules and 69% admitted to not taking a medication because it was difficult to swallow.3 For paediatric patient groups, the bitter taste of an API is an added hindrance to compliance.

More than 90% of paediatricians reported that a drug’s taste and palatability were the most significant barriers to completing the treatment.4

Increasing compliance will directly result in better health outcomes for patients and lower healthcare costs while also providing additional revenue for the pharmaceutical industry.5 Therefore, finding solutions that address patients’ aversions to taking bitter, hard-to-swallow tablets and capsules is a priority for patients and the industry.

Tablets and capsules are designed to be swallowed whole and, therefore, are not in contact with the body’s taste receptors for long enough to cause a reaction to the bitter taste of many drugs.

Orally disintegrating tablets (ODTs), such as suspensions, fast melts, thin film strips and chewable formulations, have a greater surface area. Therefore, the drug is in contact with taste receptors in the mouth for longer, compared with solid formulations, so it is desirable to disguise the API’s bitter flavour.

Taste masking can be achieved in various ways — by adding flavours or sweeteners, encapsulating or coating the API, altering the pH of the API or using ion exchange resins (IERs). The most appropriate taste masking of pharmaceuticals is contingent upon the specific API, degree of bitterness, intended final form and the manufacturing process.

The inherent bitterness of some APIs cannot be masked by adding flavours or sweeteners alone. In addition, adding sweeteners isn’t suitable for some patient groups, such as those with diabetes.

IERs have been used by pharmaceutical companies as masking agents since the 1950s. IER processes involve the interchange of ions between a liquid and a solid phase; and, although the process is reversible, it requires no radical change in the structure or properties of the solid.

Working by bonding bitter-tasting ionic drugs to their oppositely charged polymers, IERs generate insoluble “resinates.”6 IERs contain acidic or basic functional groups with the ability to exchange counter ions within the aqueous solutions around them.7

This complexation process ionically binds the API to the resin, creating a resinate and enabling release in the gastrointestinal tract, rather than in the mouth, thus avoiding the bitter taste.

A recent study demonstrated the use of IERs to mask the taste of a variety of drugs with different properties using AmberLite and Duolite (DuPont, Wilmington, DE, US) resins. The AmberLite resins range from weak to strong acids and have different ionic forms — hydrogen, potassium and sodium.

The Duolite resins are strong base anions and are provided in the chloride form. The APIs tested were paroxetine, an antidepressant; hydrocodone, a cough and cold drug; ibuprofen, a NSAID; vitamin B1 and B6, both nutraceuticals; and sildenafil citrate, an erectile dysfunction treatment.

Resinates were synthesised from aqueous solutions of APIs at room temperature by adding IERs, then shaking gently for a specific time to create the complexes. Wet cakes were formed, rinsed and then dried using a fluid bed dryer or vacuum oven set at 40–60 °C to a percentage loss of less than 10%.

In some cases, a fluid bed dryer using Wurster coating technology was used to apply aqueous ethylcellulose coatings — at the 10% by weight level — for the coated resinate.

Dynamic assay tests of the resinates determined the percentage of drug content. A 50–100 mg sample was put in the column and eluted with an aqueous organic solution with a high ionic concentration (0.5N HCl/0.5N NaCl + 20% MEOH) to displace the API from the resinate. The flow rate was 0.5 mL/min and 150 mL was collected.

A flow-through buccal dissolution test was then used to mimic the conditions of the mouth (Figure 1). The test exposed resinates to simulated saliva comprising KH2PO4 at 1.63 g/L, NaCl at 2.34 g/L and CaCl2 at 0.126 g/L adjusted to pH 6.2 with NaOH.

Data was collected every 30 seconds by measuring the absorbance of the API spectrophotometrically or fractions were taken and HPLC was used to analyse the solution for API concentration. Demonstrating the likely buccal dissolution of the drugs served as a proxy for taste intensity. The test was run three times for each formulation and the average results were recorded. 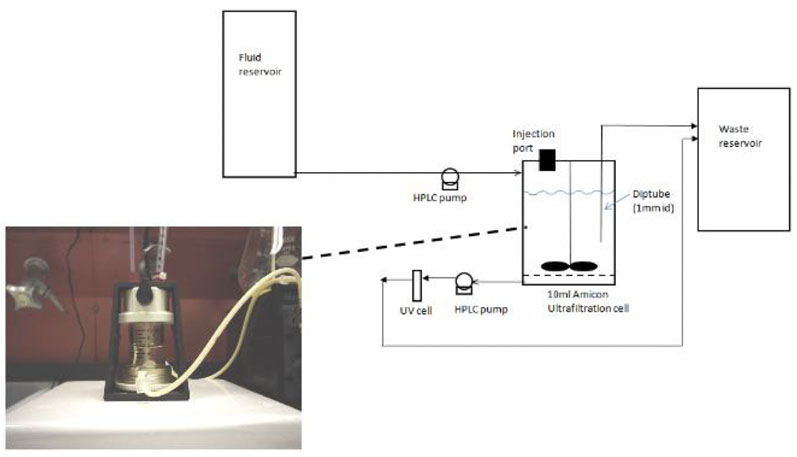 Paroxetine: When loaded with paroxetine, the two resins, polistirex and polacrilex, showed significant taste masking (Figure 2). The ionically bound API on the resin meant that the strength of paroxetine was diminished temporarily on contact with simulated saliva. A lack of bitter taste resulted from the resinates even when small amounts of API were released with exposure to stimulated saliva.

Hydrocodone: Synthesising hydrocodone with either a coated or non-coated polistirex resinate successfully masked the taste of hydrocodone (Figure 3). Notably, less API was released in both formulations when exposed to simulated saliva than the control. 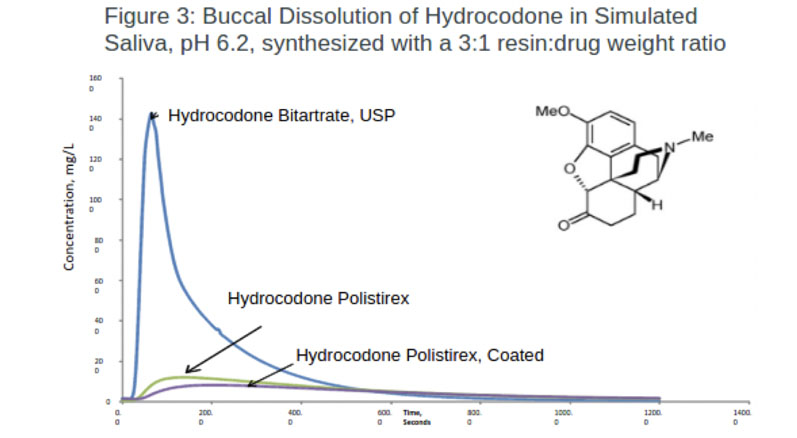 Ibuprofen: The taste masking efficacy of one of the IERs (Duolite) was evaluated using 25% and 50% loaded ibuprofen resinate and one screened to a particle size >53 um. The experiment results show that all three resinates were effective at taste masking, achieving almost identical efficacy values of 97.4% and 97.3% (Figure 4). 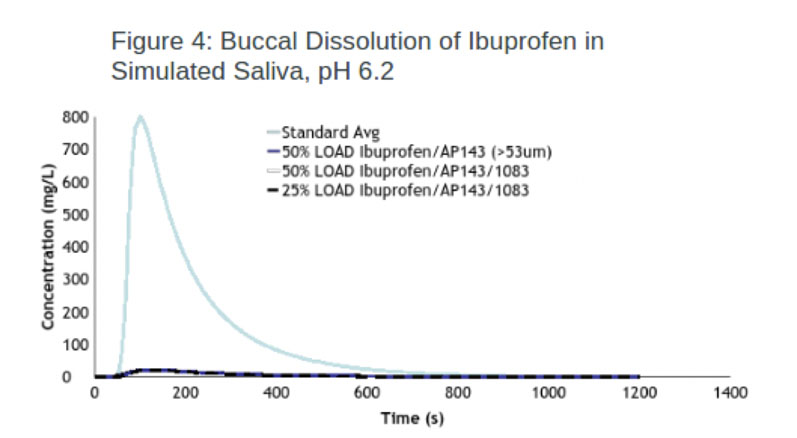 Nutraceuticals: In this experiment, one resin (AmberLite) was used to successfully mask the taste of thiamine (vitamin B1) with an efficacy of 93.7% (Figure 5). In comparison, the same IER was loaded with pyridoxine (vitamin B6), resulting in a lower efficacy rate. 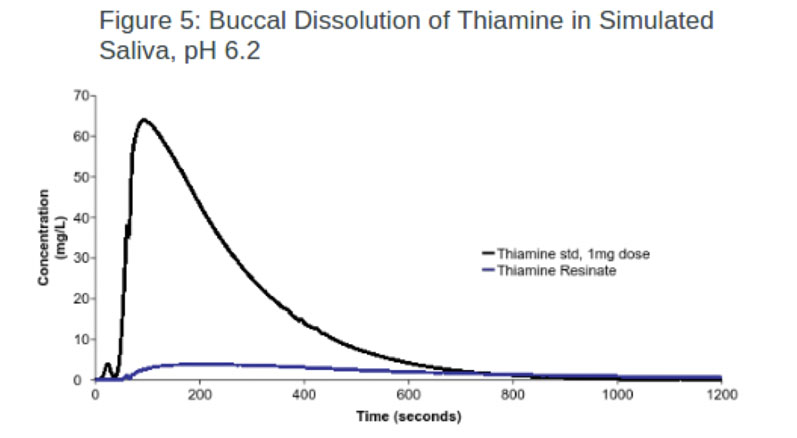 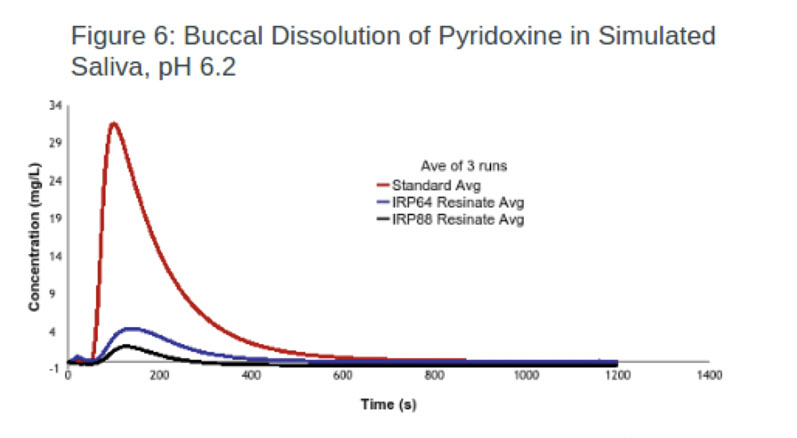 To improve this result, IRP64 was switched to IRP88, with the latter achieving an efficacy of 93.6% (Figure 6). The improvement in taste masking was achieved because IRP88 and the drug were both ionised, whereas IRP64 was in the free acid form.

Sildenafil citrate: Both polistirex and polacrilex successfully masked the taste of sildenafil citrate, with efficacy scores of 96.3% and 92.3%, respectively (Figure 7). The differences in the results indicate the greater efficacy of stronger acidic IERs. 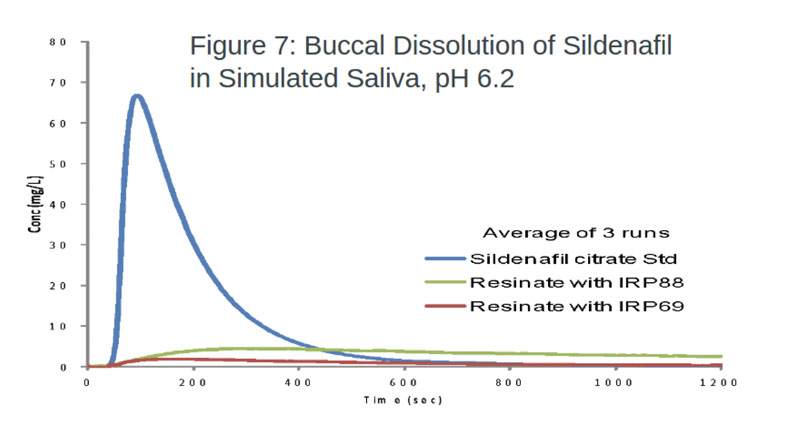 These experiments reveal that IERs effectively control bitterness in a range of APIs and nutraceutical ingredients. Once loaded on the IERs, the API remained in place on exposure to simulated saliva, successfully preventing patients from registering a bitter taste.

Therefore, IERs can be used to design drug delivery systems that better meet the needs of paediatric and geriatric patients or renew demand for existing formulations in more palatable oral dosage forms. IER technology is a relatively simple procedure that is demonstrably effective at masking the bitter taste of many pharmaceuticals and, therefore, will positively impact patient compliance and outcomes.