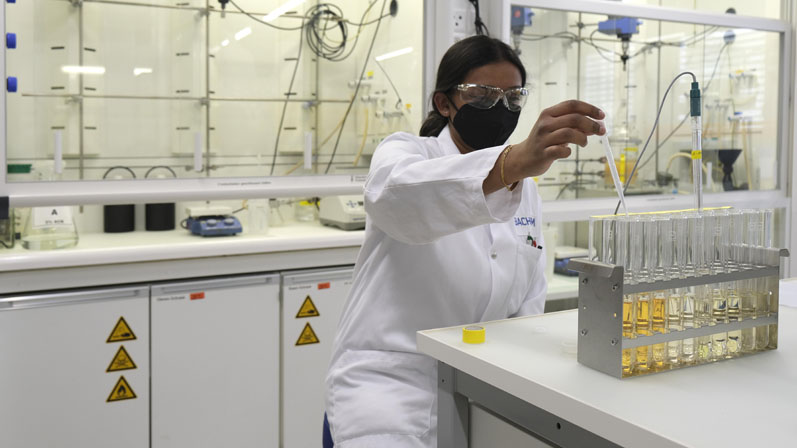 Liraglutide, sold by Novo Nordisk as Victoza and Saxenda, is a drug used for the treatment of type 2 diabetes and obesity. It’s a glucagon-like peptide-1 (GLP-1) receptor agonist, meaning it can revive the insulin excretion functions that are inhibited by diabetes.

The drug imitates GLP-1, a naturally occurring hormone produced in the intestine after food is eaten, which plays an important role by delaying gastric emptying and regulating blood glucose. Those who suffer from type 2 diabetes have a lower level of GLP-1 than non-diabetics.

Depending on the level of intestinal glucose the human body produces, GLP-1 can bind to specific receptors on the pancreatic cells where insulin is produced, as well as limiting how much glucagon is secreted.

The impact of GLP-1 is counteracted by dipeptidyl–peptidase–IV (DPP-IV), a protease enzyme that splits peptides and proteins and prevents them from being transported around the body. These functions make up the crucial mechanism that balances the level of insulin in the body and prevents hypoglycaemia.

Liraglutide’s fatty acid side-chain makes it long-acting as it inhibits DPP-IV-mediated degradation. A daily injection of the drug under the skin can provide a half-life of 13 hours, compared with just a few minutes for the naturally occurring GLP-1 hormone. The drug is very effective as a weight loss aid and managing glycaemia.

Bachem’s innovative method generates a high-quality product with fewer impurities and improved macroscopic properties. This is a significant step forward in presenting a stronger, more efficient and direct manufacturing option. Previously, to generate large quantities of the drug, it had to be produced by a genetically modified organism, with the fatty acid side-chain being added in a separate synthetic process.

Producing liraglutide chemically was bound to present some challenges, particularly regarding the formation of unwanted by-products. “We have optimised the synthesis and precipitation steps of our method to allow the pure product to be collected easily."

"Using fmoc pseudoproline dipeptides decreases the formation of by-products by reducing the aggregation of the peptide and makes the synthesis more efficient. We optimise the precipitation method and use pseudoproline moieties in the solid phase to create a more efficient process, which achieves a higher quality product.”

“We were conscious that the potency, impurity profile and chemical properties of the liraglutide could be altered when we moved production from a recombinant process to a synthetic one. It was therefore essential to carefully monitor the process and do thorough assessments of the critical quality attributes (CQAs) of the drug to control any effects on clinical safety and efficacy.”

Applying to register liraglutide as a generic API

Being a highly purified synthetic peptide drug of recombinant deoxyribonucleic acid (rDNA) origin, liraglutide is a Reference Listed Drug (RLD). Already approved by the US FDA, any new generic versions have to go through a process of comparison to ensure their bioequivalence.

Changing the manufacturer or production process of a drug can introduce new clinically unqualified impurities; as such, the FDA has not previously approved RLD applications for generic peptide drugs of rDNA origin. This means that new clinical studies would be required to prove that the safety and efficacy of the generic drug was consistent with the existing one.

However, new guidance (as per May 2021) now means that highly purified peptide drugs — including RLDs of rDNA origin — can be approved via an Abbreviated New Drug Application (ANDA), which requires no new preclinical or clinical studies, just proof of bioequivalence with the original drug.

To demonstrate this, the applicant must display the same primary and secondary sequence and the same oligomer and aggregation state as the original drug, and show that its biological activity is not changed.

Further to FDA approval, the generic drug manufacturer is permitted to release its product as a safe, effective, lower cost alternative to the equivalent brand-name drug. Because the new ANDA guidelines apply to generic synthetic peptide drugs, they allow liraglutide to be registered as a generic drug and open the door for future generic versions of this medication.

“Excellence in innovation and operation are at the core of Bachem’s success; not only do the new guidelines enable us to bring liraglutide to market as a generic active pharmaceutical ingredient (API), we’re also working to develop six other generic peptide APIs — including other GLP-1 analogues such as semaglutide and tirzepatide."

"Bachem is the leading producer of synthetic peptide pharmaceuticals and we have the capacity to comply with the new FDA guidelines, as well as use our extensive knowledge of regulatory affairs and project management to support our customers.”