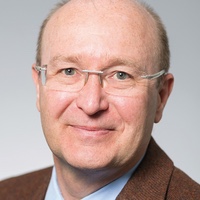 Jörg Pieper has just been appointed new CEO of Romaco with immediate effect by the Advisory Board of Romaco Holding.

Truking Investment based in Changsha (China), acquired a majority interest in Romaco at the beginning of July 2017.

Jörg Pieper has just been appointed new CEO of Romaco Holding, which has its headquarters in Karlsruhe (Germany), with immediate effect. He directly succeeds Paulo Alexandre, who has left the company.

The Advisory Board would like to thank Alexandre for his contribution to the firm’s expansion during the last six years.

Jörg Pieper joined Romaco Holding in 2011. As VP of Customer Service, he was initially responsible for establishing customer service throughout the group.

In 2013, he transferred to Romaco Kilian as Managing Director, playing a major part in the tablet press manufacturer’s success story. Prior to his arrival at Romaco, Pieper held various top-level management positions at European and American corporations in the component industry and the machine building sector.

The Karlsruhe, Germany, based Romaco Group is currently undergoing a strategic realignment following the acquisition of a majority interest by the Chinese Truking Investment at the beginning of July 2017.

“With him at the helm, the company will have a chance to concentrate on its core competencies and systematically strengthen the innovation capability of its seven brands.”

In his role as CEO of the Romaco Group, Pieper will be in overall charge of Sales and Customer Service, Product Management, Marketing and International Strategy Development.

“We are aiming to give an entirely new meaning to the term ‘close to the customer’ and to simultaneously strengthen our service mentality”, said Pieper, CEO Romaco Group.

“In the future, it will be particularly important to anticipate the needs of our customers worldwide, to enable us to respond promptly and flexibly to changing market requirements.”

Carsten Strenger will remain CFO/COO of Romaco Holding with responsibility for Finance and Operations.