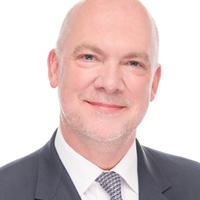 Juniper Pharma Services, a subsidiary of Juniper Pharmaceuticals, is proud to announce that its co-founder Martyn Davies has been appointed as a Commander of the Order of the British Empire (CBE) in Her Majesty’s 2018 New Year’s Honours List.

Davies has been granted one of the nation’s most prestigious awards in recognition of his contribution to UK science and his ground-breaking achievements in pharmaceutical research and drug development.

Now an advisor to the board of Juniper Pharmaceuticals, Davies is also an Emeritus Professor at the School of Pharmacy within The University of Nottingham.

Davies will officially receive his CBE medal at an Investiture in 2018.

He said: “Receiving a letter in the post notifying me of a CBE was a real shock but a wonderful surprise. I am extraordinarily honoured and genuinely humbled by this award.”

“I have loved my work in scientific research and translating this into pharmaceutical development. I am lucky that I have been able to train and work with many incredibly talented young scientists and also see their careers flourish. The UK is a world leader in pharmaceutical research and innovation and it has been so rewarding over the years to work in this field.”

“This would not be possible without the contribution of those that have supported me on my professional journey that began 40 years ago. This award is testament to my colleagues at Juniper and at the School of Pharmacy at The University of Nottingham and the support from my incredible family.”

The honours system recognises people who have made achievements in public life and have committed themselves to serving and helping Britain. Honourees are proposed by a committee and then approved by the Prime Minister and the Queen.

Renowned industry figure Robert Langer, David H. Koch Institute Professor at Massachusetts Institute of Technology, said: “This is such a wonderful honour. Martyn has done so much to advance pharmaceutical science across the world and is a wonderful human being as well.”

Davies co-founded Molecular Profiles (now Juniper Pharma Services) in 1997 and has played a significant role in the CDMO’s rapid growth and expansion during the last 20 years having worked on several hundred products, including over half of the world’s top 20 blockbuster drugs. In 2013, the company was acquired by Columbia Laboratories (now Juniper Pharmaceuticals).

Alicia Secor, President and CEO at Juniper Pharmaceuticals, said: “We are extremely proud of Martyn as he receives this incredible honour. It is richly deserved given his consistently excellent academic and commercial contribution to drug research and pharmaceutical product development and the remarkable contribution he has made to the industry.”

Davies originally qualified as a pharmacist, with first-class honours before earning his PhD from the Chelsea School of Pharmacy (now King’s College) in 1984. He joined the University of Nottingham in 1985 and went on to become Head of School from 2000 to 2003.

During his academic career, he has published 425 scientific papers, supervised more than 70 PhD students and mentored more than 40 postdoctoral fellows, a number are now in senior positions within the global pharmaceutical industry.