LEEDing from the front to make manufacturing more sustainable

Waters believes that a sustainability mindset is a part of everyone’s job; it influences how the company operates, how it supports and develops employees, and how it works with both local and global communities. Following the recent announcement of the organisation’s first LEED-certified chemical manufacturing facility, Dr Kevin Robinson talks to Senior Director, Chris Benevides, about putting environmental principles into practice 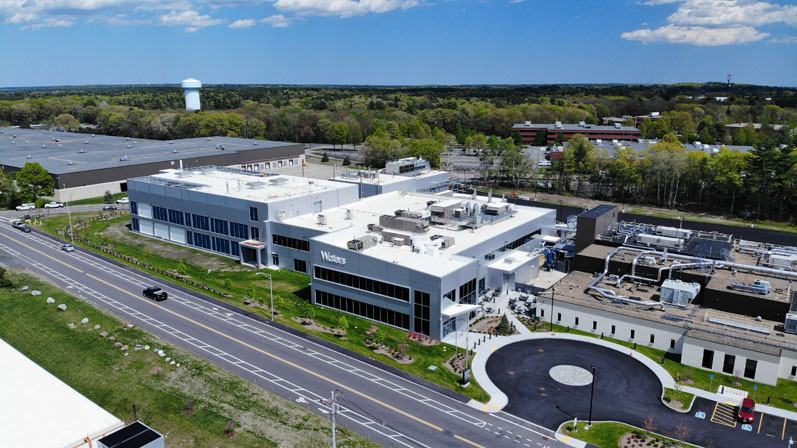 The life sciences industry is all about innovating to improve people’s lives. Whether that’s through process optimisation, drug development or quality control, this mission also necessitates a responsibility to be as environmentally conscious as possible.

Waters facilitates the work of companies in multiple industries around the world to make the world a better place — and it’s only natural that its own business operates in accordance with the values they espouse.

Having recently published its 2022 environmental, social and governance (ESG) report, which highlights the company’s efforts to reduce its environmental footprint, develop a workforce that is more representative of the society we live in and continue strong governance practices, and announced the opening of the Bay State’s first LEED-certified chemical manufacturing facility, Waters is keen to “leave the world in a better state than we found it” and discuss how others in the industry can live by the same guiding principles.1,2

Sitting down with Chris Benevides, Senior Director of Taunton operations (Massachusetts, US), Waters Corporation, where the brand-new facility is located, I ask about the best practices that organisations can implement to overcome some of the common challenges and concerns they face when evaluating sustainability priorities.

“The first thing that comes to mind,” says Chris, “is that being environmentally friendly is expensive. In terms of a payback analysis and return on investment, designing in sustainability needs to be a justified expense.” 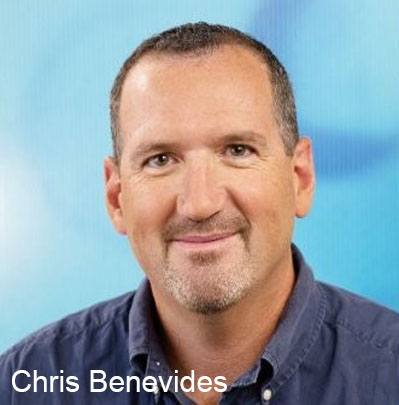 He adds: “That decision comes down to a company’s philosophy on ESG and, for Waters, it was simply the right thing to do. We needed to build a new facility; it was a big project and, traditionally, constructing a chemical plant hasn’t been the kindest thing we can do to the planet."

"But, we looked at the key design elements that we wanted to include … and sustainability was front of mind. For others facing a similar undertaking, I’d suggest that taking a green approach pays for itself in the end; if you can turn your waste into someone else’s product, that’s the ultimate goal of any manufacturer! And that was one of our main drivers.”

Although aiming for LEED certification was a key consideration, Chris also explained that a new facility was needed to replace an existing one that had been in operation since 1978.

“It was an older building that grew with time as Waters became more involved in consumables. But, it housed a lot of ageing equipment, lacked automation and simply didn’t conform with our vision of a factory of the future.”

“The new plant is on the same campus, just 30 feet away from its predecessor and, hopefully, will serve us for another 40 years — enabling Waters to supply our customers with the reproducibly high-quality products that they rely on.”

A sea change in pharma thinking
Regarding the industry’s growing appreciation of ESG, I ask Chris whether he perceives a change in philosophies in recent times. “There’s a much stronger focus on sustainability now."

"It's been talked about in the past, but people are really implementing it now. What’s more, much of the environmental impacts that we’re seeing are coming from a corporate standpoint. What was once a topic for discussion is now an action point.”

“For anybody building a new facility — today or tomorrow — the environment is a key criterion. We looked at the costs, the benefits and, when talking to the designers, said that we wanted to include as many sustainability features in the building as possible.”

“It was certainly a learning curve (Chris confessed that he didn’t initially know what the LEED acronym meant) and, although there were other standards and certifications we could aim for, LEED seemed to be the most appropriate."

"I liked the challenge because people told me that it’s very difficult for a chemical plant to qualify for LEED certification … and I wanted to achieve that goal.”

Not only does the process include a point-based system for certain design elements (many of which are beyond the scope of a manufacturing project), there were numerous other issues that had to be factored in.

“Aspects such as energy consumption were a challenge,” says Chris: “Plus, it’s a big plant, there’s a lot of equipment; we had to evaluate all the control systems and remain below a certain threshold to achieve those points."

"Machinery selection, using sustainable (more expensive) construction materials and designing all those elements into the building all played a key role.”

When asked what he’d tell other organisations that might be looking to “leave the planet in a better state,” Chris tells me that the entire process was incredibly satisfying.

“It’s more than just constructing a building; it rallied the entire team and highlighted our sustainability initiatives. Plus, an added benefit is that Waters is being perceived as a an environmentally friendly company. It’s a tough financial decision to make, but we think it’s a wise one.”

Looking ahead
Without access to the entire corporation’s sustainability plans, Chris firmly believes that the Taunton plant is part of a bigger picture in terms of ESG and responsible production for the future.

“Not to mention that we broke ground on this project in 2018 … so it's been ongoing for a long time. But, there are many divisions of Waters that are now looking to implement the same types of features in their buildings and we’ve set an amazing example.”

“What’s been nice as well is that we’ve received some very positive feedback from investors, customers, from the press and the wider pharmaceutical industry."

There are certain requirements now to do things in a particular way — such as being inclusive, contributing to a circular economy, etc. — and Taunton represents a significant step forward." 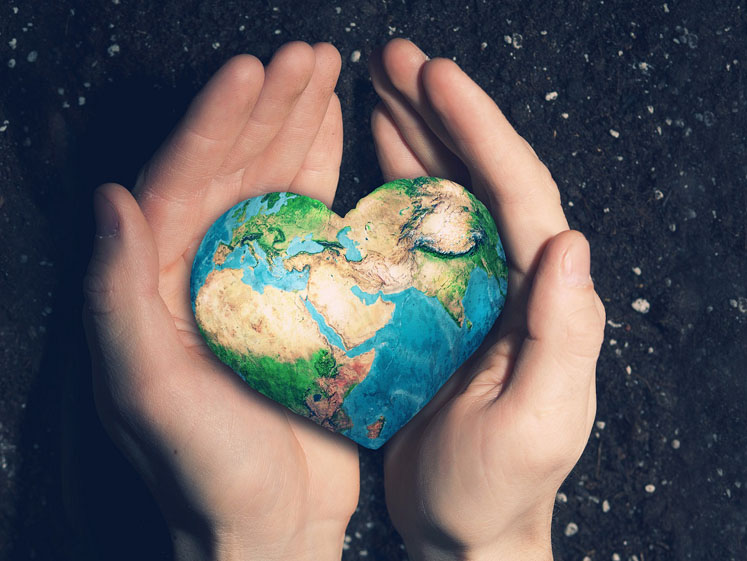 "Sustainability is something we believe in and that we’re committed to. It’s almost an expectation now and customers increasingly want to do business with companies that make good decisions for the world, for themselves and to make the planet a better place.”

Waters is keen to show other industry players how to “do it right,” include appropriate design measures and achieve the same certification.

“It’s a big deal,” enthuses Chris, “and we’re really proud of what we’ve done. It was a massive team effort and we certainly want other people — from within the sector and beyond — to follow in our footsteps.”

Key takeaways
It was clear from the conversation that a new precedent had been set for the building of a new plant and facilities in the future, but I was interested to know whether there were any “lessons learned” or anything that Waters would do differently next time.

“Getting LEED certification was quite an adventure,” notes Chris, “but I’m convinced that we followed the right path. Of course, issues arise in any major project but, from a sustainability point of view, I don’t think we would change anything. All in all, it came off pretty well.”

“Sure,” he smiles, “I could have done without the coronavirus-induced delays and finished the project in a shorter timeframe, but that’s something that affected us all.”

Circling back to an earlier comment about maximising every opportunity, Chris mentions a potentially unsung hero within the overall project.

“I’d like to shed some light on our new waste treatment plant,” he says: “Many established chemical manufacturing facilities generate a lot of (hazardous) waste, which is often removed and disposed of in a not very environmentally friendly way.”

“Aware of that, we’ve incorporated technology to both reprocess the waste that we do produce and actually reuse the massive amounts of water that are a fundamental part of manufacturing chemicals."

"We have a distillation tower that separates the water from the by-products and repurposes it to flush toilets, run boilers and feed back into the production system. We’re approaching a closed loop situation in which we don’t require nearly as much water as we used to.”

“In addition, we’re converting spent chemicals into a form whereby they’re either much easier to dispose of — because they’re less of a cocktail — or saleable. Our waste could actually become a valuable raw material commodity for someone else!”

Waters doesn’t view this as an additional revenue stream or profit centre; but, with the ultimate aim of being able to reuse their own waste material in their in-house processes, it’s definitely an aspiration for the future and a practice that would benefit the planet.

Built to meet increased customer demand, achieve greater levels of operational efficiency and continue its commitment to grow sustainably, Waters invested more than $215 million in this state-of-the-art facility as a manufacturing Center of Excellence.

It’s abundantly clear that Chris is incredibly proud of the achievement. “I was very fortunate to have been in the right place, at the right time, in a leadership position."

"Thanks to a hugely talented team of extremely skilled people, we’ve accomplished something truly groundbreaking. It’s been a great experience and something that means a lot to everyone involved, the company and the wider industry.”