The European Food Safety Authority (EFSA) updated its risk assessment of opium alkaloids in poppy seeds, confirming many of its previous findings, including the amount of these substances that can be consumed safely 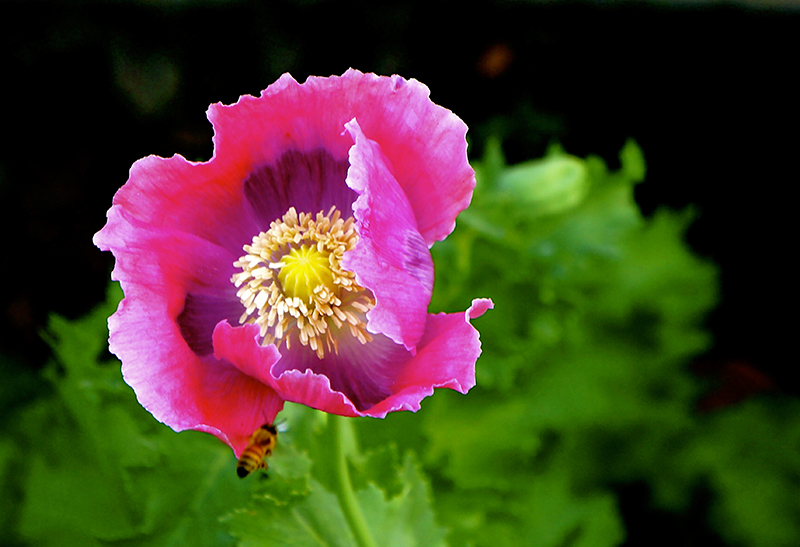 The latest opinion broadens the evidence that should be considered when calculating the possible risk to consumers. Picture by Keikeeo from Wikimedia Commons

Opium alkaloids in poppies have been used for the treatment of severe pain for generations. The opium poppy (Papaver somniferum) produces a latex (milky sap) which contains up to 80 alkaloids, including morphine and codeine.

While harvesting many benefits, this substance is also subject to abuse, and could be dangerous for pregnant women, children and people over the age of 75 if consumed in unsafe levels.

The EFSA’s previous assessment, published in 2011, set a safe level – or acute reference dose (ARfD) – of 10 µg per kilogram (kg) of body weight based on the morphine content of poppy seeds.

An ARfD is the estimate of the amount of a substance in food – normally expressed on a body-weight basis (mg/kg or µg/kg of body weight) – that can be ingested in a period of 24 hours or less without appreciable health risk to the consumer.

The European Commission asked EFSA to update the opinion taking into account new data on the alkaloid content of poppy seeds submitted to EFSA since 2011.

The new opinion confirms the safe level of 10 µg/kg body weight but this time as a ”group ARfD” that, in addition to morphine, also takes codeine content into account when calculating dietary exposure.

This is because the new data show that in some poppy seed samples on the European market, the concentration of codeine can be higher than that of morphine.

The safe level may be exceeded by consumers of large amounts of seeds or of foods containing unprocessed poppy seeds. Due to the low amount of occurrence data on food products containing poppy seeds, EFSA’s Panel on Contaminants in the Food Chain has highlighted uncertainties in exposure estimates.

The Panel also notes that food processing steps, such as washing, heat treatment and grinding, may reduce the alkaloid content in poppy seeds by 25 to 100%.