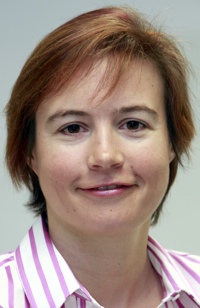 Denise Bowser: We look forward to potentially working with Neuronascent on the next phase of the project

UK-based contract research organisation Onyx Scientific has completed a development and API manufacturing project with US-based Neuronascent to support the company with its focus on neurologic disorders.

Onyx assisted the company with the process development and production of a 1kg batch of API that was used in the pre-IND submission as well as with initial stability data.

Neuronascent’s lead candidate is NNI-362, which is aimed at Alzheimer’s and Parkinson’s disease and other neurodegenerative disorders.

Judith Kelleher-Andersson, Founder, President and Chief Executive of Neuronascent, said: 'Onyx Scientific has the ability to synthesise high-quality API, while still taking into account the time and financial concerns of a small biotech company.

'We have had a very positive experience in dealing with the entire Onyx Scientific team and they have played an important role in moving our Alzheimer’s disease project forward.'

With MHRA- and FDA-approved facilities in the UK and India, Onyx Scientific, which is owned by Ipca Laboratories, assists companies from medicinal chemistry and preclinical to Phase I-III, scale-up, and large-scale API production.

The company has recently added local representation in the US to support customers on the west coast, which complements its presence on the east coast.

Denise Bowser, Commercial Director at Onyx Scientific, said: 'Having been able to assist Neuronascent in this initial non-GMP project, we look forward to potentially having the opportunity to work with them on the next phase of the project that would involve the GMP production of API to support clinical trials.'