Glen Ferguson has been made Senior VP of US at the parent company, but has also been appointed as the President of the new US subsidiary 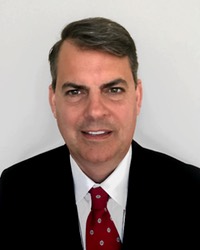 Ferguson joins OBD from HealthTell, where he was VP of Corporate Development from 2014. At HealthTell, Glen developed and led strategic growth initiatives driving the personalised medicine offering to pharmaceutical and companion diagnostic businesses.

Bringing significant experience in licensing and contract negotiation, developing strategic alliances, and expertise in the field of companion diagnostics, Ferguson will use experience gained in a life sciences industry career spanning over 25 years.

Prior to HealthTell, he held senior positions at ApoCell, where he was VP of Molecular Biomarkers, Beckman Coulter, Genaissance Pharmaceuticals, and Bristol Myers Squibb, amongst others.

Glen will lead OBD’s US-based business development activities, working closely with the Group’s executive management team to serve OBD’s US partners, customers and collaborators, several of whom Glen has worked with in his previous roles.

Christian Hoyer Millar, CEO of Oxford BioDynamics, said: “Glen is a strong addition to the OBD leadership team, bringing a wealth of experience in global corporate development and strategic partnerships. Glen’s appointment, and the formation of our new US subsidiary, reinforce our commitment to our business development, particularly in the US, the world’s largest healthcare market.”