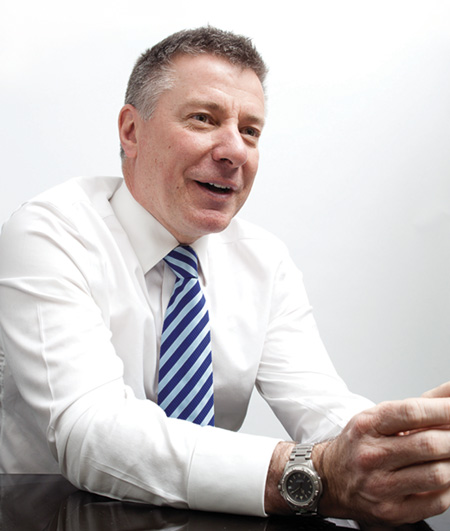 John Dawson: 'The new world-class facilities have been designed to be highly flexible so as to serve the Group and its partners well for many years'

This will take place at the firm’s recently completed second specialist bioprocessing cleanroom suite in Harrow House and at its new laboratories at Windrush Court for Good Manufacturing Practice (GMP) analytical testing.

Both facilities in Oxford are now fully operational.

Oxford BioMedica specialises in lentiviral vector bioprocessing using its own analytical methods at these purpose-built facilities.

The Group’s capabilities have resulted in partnerships including a three-year contract with Novartis under which the Oxford BioMedica is the sole source of lentiviral vector clinical supply for Novartis’ CTL-019 programmes.

The firm is also involved in a second undisclosed CAR-T programme, as well as being a key partner for vector manufacture process development.

Since October 2014, the Group has spent approximately £26 million in expanding its bioprocessing and laboratory facilities.

The firm now has three cleanroom suites in operation, including the Yarnton facility, which has been producing lentiviral vector for Novartis’ CTL-019 programme since the site was approved in January 2016.

It will provide material to support Novartis, other partners and the Group’s in-house pipeline assets.

The Windrush Court laboratories include a dedicated polymerase chain reaction suite, a suite of three biosafety Category 3 laboratories – which are essential for the analysis and batch release of lentiviral vectors – and laboratories for process and product development.

Most of the Group’s employees are now based at Windrush Court, Harrow House and Yarnton and the Group will finally vacate its original Medawar Centre facility by the end of October.

'We are now able to exploit our LentiVector platform to its full potential and we are excited by the progress we have made in developing a 200 litre serum-free suspension production process which allows significantly larger volumes of vector to be produced at significantly lower cost per patient dose.

'In summary, our world-class facilities, expertise and IP makes us an ideal partner for the bioprocessing and production of lentiviral vector for use in clinical studies and, in due course, commercial supply.'