Strict, science-based guidelines will be implemented as soon as possible 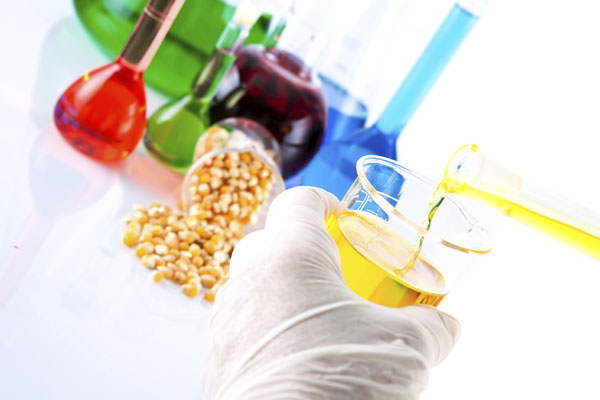 The European Commission’s long awaited criteria to determine which substances are endocrine disrupting (hormone changing) chemicals (EDCs) — and should therefore be banned under the European Union’s biocidal (BPR) and plant protection products (PPPR) regulations — should be based on risk not hazard, the pharmaceutical industry has warned.

EU Health and Food Safety Commissioner, Vytenis Andriukaitis, recently unveiled the criteria in Brussels. He assured journalists that the ‘strict, science-based criteria’ would be implemented as soon as possible with the help of EFSA and the European Chemicals Agency.

The EC should have produced them by mid-December 2013, but only released its proposals in June, despite a 16 December ruling in the European Court of Justice’s General Court condemning the delay — which environmental groups claimed was caused by industry lobbying.

Choosing policy option two of four published in June 2014, the Commission has kept the 2002 definition proposed by the World Health Organisation (WHO), stating that the substance is an endocrine disruptor if it adversely affects human health, has an endocrine mode of action and if there is a causal link between the adverse effect and mode of action. This definition will now be integrated into the EU chemical controls.

Sini Eskola, Director of Regulatory Affairs at the EFPIA, told Manufacturing Chemist that the industry welcomed the guidance and appreciated that the content was based on widely accepted WHO criteria, ‘but we have some reservations and see their application in practice leading to a number of ambiguous interpretations.’

Eskola argues that the criteria might be used in regulatory frameworks based solely on hazard identification considerations, whereas the actual risk, which includes the likelihood that humans or wildlife are exposed to EDCs, is neglected. ‘This inappropriate use of criteria might not only affect chemical substances, but also natural products in our food as well,’ she added.

Therefore, Eskola continued: ‘Industry has always proposed a risk assessment approach and we hope that when applying these criteria into various European regulation and legislation frameworks, the aspect of potency (strength of a dose) and risk will be applied.’

‘We still lack a commonly accepted working criteria that differentiates between a substance of regulatory concern and a substance of no or low concern,’ said PlasticsEurope Executive Director Karl H. Foerster

She hopes that the new rules won’t hinder patient access to medicinal products or lead to any bans: ‘As rigorous efficacy and safety testing enables all regulators, industry and healthcare providers to apply a strict risk/benefit approach for the approval and use of medicines under the medicinal products legislation, only those compounds that show a clear therapeutic benefit compared with potential safety risks are authorised for market access,’ Eskola said. ‘This also relates to medicines that impact the endocrine system in the sense of the Commission’s EDC criteria, with substitutions and process changes considered whenever possible.’

Chemists are concerned that certain compounds used to produce medicines may become unavailable because of the REACH chemicals legislation, she warned, saying that this latest development ‘will be monitored carefully and assessed with supply chain partners. The chemicals and plastics industries, key suppliers to the pharma sector, were also disappointed that the EC opted for a hazard-based approach to defining EDCs without taking potency into account, despite Commissioner Andriukaitis’s assurance to European Parliament environment committee MEPs in June that: ‘If a substance is identified as a hazard, it will be banned unless derogations apply.’

CEFIC addressed the problem in May: ‘Two painkillers may have very different potencies; unless potency is taken into account, we run the risk of considering a harmless substance as an ED, rendering the definition essentially meaningless.’

Meanwhile, many MEPs threaten to veto the proposals, which could mean that they might not even reach the statute books. Environment and consumer organisations say the rules mean that even if a product is classed as an endocrine disruptor, derogations would be allowed based on ‘negligible risk’ and not give consumers enough protection.

Czech socialist MEP, Pavel Poc, and Belgium green MEP and his group’s environment and health spokesperson, Bas Eickhout, say the Commission’s definition is ‘very restrictive’ as it only addresses biocides and pesticides, and will not protect consumers, including vulnerable groups, from EDCs in daily use products including medicines.

Non-governmental organisation Health and Environment Alliance’s Senior Policy Officer, Lisette van Vliet, went as far as saying she was ‘astounded by the proposal’ and that the EC should have ranked chemicals as ‘known, suspected or potential’ EDCs.