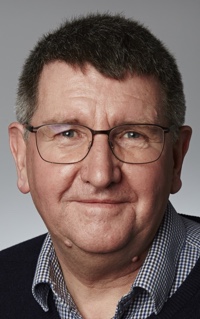 Life sciences businessman and academic Professor Graham Boulnois has been appointed as Chairman of the Medicines Technologies Catapult, one of the latest technology and innovation centres set to open in the UK this year.

The Catapult was announced by the Chancellor of the Exchequer, George Osborne in July 2015. It will be located at Alderley Park, Cheshire, recognising the strong reputation for science and innovation in the Northern Powerhouse.

Boulnois is founder and Managing Director of B-V Life Sciences, a firm offering consultancy support to healthcare companies. For 12 years he was a partner at SV Life Sciences, and has been chair or non-executive director of numerous biotechnology companies. Previously, he held roles at Zeneca Pharmaceuticals, as Senior Vice President Discovery Research, and Leicester University.

The new Medicines Technologies Catapult will support industry in developing new technologies primarily for the preclinical evaluation of medicines. Its goal is to grow the UK’s commercial preclinical capability and improve productivity in drug development and approval.

Universities and Science Minister Jo Johnson said: 'The Government’s investment in the Medicines Technologies Catapult is securing a bright future for medical innovation in the UK. Graham’s impressive experience across industry and academia will be important as he leads this exciting project. Under his guidance, the Catapult will play a pivotal role in bringing new technologies to a global market that will benefit our health, create new jobs and cement the UK as the best place in Europe to innovate.'