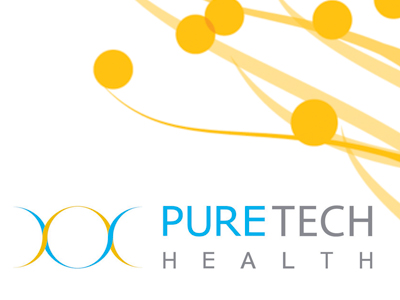 PureTech Health, an advanced, clinical-stage biopharmaceutical company, has announced that its affiliates, Akili Interactive Labs and Sonde Health, have been granted key patents broadly covering their respective proprietary technology platforms. Akili, which is pioneering the development of digital treatments for cognitive dysfunction, has been granted three patents in the US and Japan. Sonde, which is developing an innovative vocal biomarker technology for monitoring, managing, and diagnosing mental and physical medical conditions from seconds of speech, has been granted patents in the US and Australia.

"As a part of PureTech’s mission, we are developing new categories of medicine to improve the lives of patients," said Eric Elenko, Chief Research and Strategy Officer at PureTech Health. "These patents recognise the strength of our leadership, innovation, and IP position in digital medicine and also validate our novel approaches to diagnosing and treating serious and devastating medical conditions."

Akili's newest patents issued by the United States Patent and Trademark Office (USPTO), No. 9,940,844, and Japan Patent Office (JPO), Nos. 6177131 and 6297096, broadly cover the unique mechanism of presenting a range of specific stimuli that engage targeted neural networks in the prefrontal cortex, the area of the brain known to play a key role in cognitive control, to assess and improve cognitive abilities. The patents are part of an expanding and comprehensive portfolio of patent applications and other intellectual property covering Akili's technology platform, and they will provide protection in the US and Japan until 2032 and 2031, respectively.

In 2017, Akili announced positive results from its randomised, controlled pivotal study of AKL-T01, the company’s flagship product designed to treat paediatric ADHD. Akili plans to file AKL-T01 with the US Food and Drug Administration (FDA) for clearance in the first half of 2018. If approved, AKL-T01 would represent the first digital medicine to be cleared by FDA to directly treat an underlying disease.

Sonde’s newest patents issued by the USPTO and Intellectual Property Australia (IP Australia) broadly cover methods to detect physical and psychological conditions through the company’s vocal biomarker technology. US Patent No. 9,936914, provides protection through 2032 and is specifically focused on extracting proprietary acoustic features from targeted segments of speech to measure and detect vocal biomarkers for physical or psychological conditions. Patent No. 2014374349, issued by IP Australia, broadly covers the use of vocal biomarker technology to detect a host of physical or psychological conditions in the human body and will provide protection until 2034. Both patents are exclusively licensed by Sonde from the Massachusetts Institute of Technology.

Sonde’s proprietary voice-based technology has been tested in over 3,000 subjects for the detection of neuropsychological conditions, such as depressive disorders, Parkinson’s disease, Alzheimer’s disease and multiple sclerosis. Sonde’s platform is designed to enable voice-interactive devices, including smartphones, to detect and quantify a rapidly growing number of health-related features through subtle characteristic changes in the voice. Sonde has the potential to fundamentally change the way mental and physical health is monitored, managed and diagnosed.

Akili and Sonde have broad and growing IP portfolios now including more than 80 issued and pending patents and patent applications broadly covering digital medicine technology platforms for the treatment and assessment of cognitive dysfunction and physical and psychological conditions, respectively.