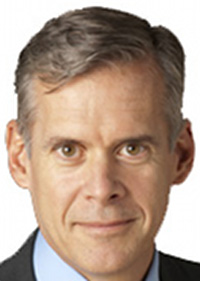 Quintiles, a global biopharmaceutical services company headquartered in the US, has appointed Tom Pike as chief executive.

The Research Triangle Park-based firm said the appointment is part of its long-term succession planning. Dennis Gillings, who founded the company, continues as executive chairman of the board of directors.

Pike brings 30 years of experience to Quintiles, spanning a variety of industries and leading companies. He spent 22 years at Accenture, including more than 10 years in leadership roles. Since leaving Accenture in 2010, Pike has been involved with a number of start-ups in the technology and healthcare sectors.

Early in his career, Pike was a consultant at McKinsey & Company, working with clients across a range of industries including technology, retail and direct marketing.

Pike said: ‘Healthcare is the most important industry of the next quarter century, and I’m excited because Quintiles is right at the centre of improving the health of millions of people around the world. It’s extremely motivating to join the company at this point in time. I understand the magnitude and complexity of its customers’ challenges.’