A global surge in robotics manufacturing has created a shortage of common industrial components required for other industries, according to suppliers 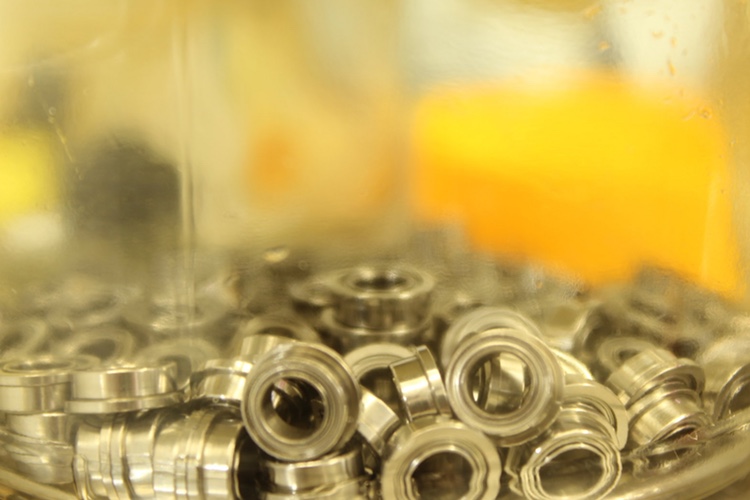 The increased demand for bearings for use in robots has created significant delays in the supply of bearings in other industry sectors. Specialist bearings distributor SMB Bearings has experienced this first hand and is making investments to address the shortage.

According to figures published by the International Federation of Robotics, worldwide investment in automation is on the rise. Since 2010, the demand for industrial robots has accelerated considerably. In fact, between 2011 and 2016, worldwide robot sales increased by 12% per year, amounting to a record-breaking number of robot installations during this period.

On average, manufacturers now employ around 74 robot units per 10,000 employees, up from 66 units in 2015. However, because of this increase, common components used in robotics — such as thin-type precision bearings, which are often used for rotary joints — are in higher demand than ever before.

The 2017 World Robotics Statistics also highlights the regions in which robot density is highest, citing the world’s most automated countries as South Korea, Singapore, Germany, Japan and Sweden.

The UK ranks in 22nd place, with 71 robot units per 10,000 employees. That said, the global supply chains of robotics manufacturers mean that the component shortage is not specific to one region — it is affecting the entire manufacturing world.

“The worldwide increase in robotics production is fantastic, but demand for components is having a knock-on effect on other industries,” said Chris Johnson, Managing Director of SMB Bearings.

“Consider medical equipment manufacturing as an example. The sector relies on the use of thin section ball bearings in applications where space is at a premium and weight reduction is required. However, these types of bearings are commonly used for the rotary joints of industrial robots and therefore, the demand is high.”

“At SMB, we have taken measures to address this problem by increasing the racking in our warehouse and changing our methods of stockholding for bearings associated with the robotics industry. By doing so, we can ensure customers from the medical equipment, aerospace, instrumentation and optical equipment markets are not left without the bearings they require for manufacturing.”

The global surge in robotics manufacturing will continue to grow. As a result of this increased automation, manufacturers will also have a growing requirement to invest in the maintenance of this equipment, increasing the demand and potential shortage of parts for these machines — including bearings and other common components.

Making the most of downtime
Ceramic bearings: three questions to ask
Stirring up bearings
The top five challenges of relubricating bearings
Bearings for those who aren’t bulking up
Japanese bearings find a UK base