To coincide with the House of Commons Health Select Committee on Brexit: the regulation of medicines, medical devices and substances of human origin, the Association of the British Pharmaceutical Industry (ABPI) and the BioIndustry Association (BIA) have published new research on the public health implications of Brexit 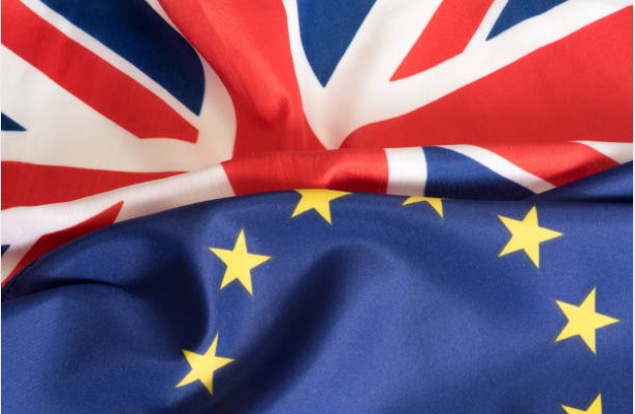 Giving evidence to the committee, Steve Bates, CEO of the BIA, used the research to urge the Governments of the EU and the UK Government to “safeguard public health in the UK and Europe by making the regulation and supply of medicines the first priority in phase two of Brexit talks”.

The new report Public Health and Economic Implications of the UK Exiting the EU and the Single Market produced by OHE Consulting, shows that the public health implications of Brexit will become more severe if public health cooperation and trade relationships decline and will have a detrimental effect on patients across the European Union, the European Economic Area (EU27 / EEA) and in the UK.

In the event of Europe and the UK no longer cooperating as they do today on medicines and public health, key findings show the following:

The research assesses the consequences arising from legal and regulatory changes associated with Brexit based on four scenarios — from full EU/UK cooperation on public health and trade to no cooperation.1

In Brexit scenarios where the UK fails to negotiate continued participation in public health activities or a free trade agreement (FTA), medicines safety, incident and crisis response to public health threats, and the medicines supply chain are all found to be detrimentally effected in Europe and the UK.

“The complex issues surrounding medicines regulation and supply chain need to be front and centre in the second phase of talks and industry needs a realistic transition period to ensure that the supply of lifesaving and life extending medicines to patients in the UK and across Europe is not affected.”

Mike Thompson, ABPI CEO, said: “While a breakthrough on 'sufficient progress' is a significant step forwards — this momentum must now be carried forward to prioritising the issues that matter the most to people in the EU and the UK in the next round of talks.”

“This report highlights the very real consequence of failing to get this right for patients and the public and we will continue to work to mitigate these risks as the UK leaves the EU. However, a swift cooperation agreement between the EU and the UK on medicines is the only way to ensure that there is no disruption to 500 m patients accessing the best possible healthcare and getting the medicines they need.”

Based on an analysis of communication between the European Medicines Agency (EMA) and non-EU authorities, the report finds that in scenarios where the UK’s expertise is lost from the current network, the detection of ‘signals’ — information relating to a possible causal relationship between an adverse event and a drug — could be delayed by up to five months and the publication of safety recommendations relating to these ‘signals’ could also be delayed by the same amount of time.2 In 2016, 2076 potential signals were reviewed by the EMA.3

The report finds that the UK has detected the greatest number of signals of all EU27 / EEA countries since 2012.4 In Brexit scenarios 2, 3 and 4, the UK’s expertise will no longer be directly and immediately available to the EU27 / EEA, nor the EU’s to the UK.

The report further demonstrates the strength of the UK’s role in reporting and evaluating the safety of medicines. Analysis shows that the UK hosts the highest number of centres for the conduct of pharmacoepidemiology studies — studies that aim to monitor and improve the use of medicine on a population-wide basis.5

The UK also hosts the highest number of post-authorisation safety studies (PASS) centres in the EU27 / EEA and also conducts half of all EU27/EEA PASS.6 Following the regulatory approval of a medicine, PASS further monitor the safety and benefit-risk profile of a medicine and evaluate any risk-management plans in place.

The report identities that Europe’s management of large-scale emerging public health concerns or crises related to the use of medicines could be at risk. The report finds that in scenarios where the UK would be excluded from the EU Regulatory Network Incident Management Plan, delays in communication around crisis management or divergence in standards and procedures between the EU27 / EEA and the UK are likely to lead to delays in action.

This incident management plan is found to be used on average 9-10 times a year.7 Health authorities and regulators from outside the EU are not part of this communication network.

The report also finds that in Brexit scenarios where EU27 / EEA and UK collaboration does not take place, the timely availability of vaccines and the monitoring of the safety profile of medicines administered to large populations, in the event of a pandemic or continent-wide public health threat, could be at risk.8

Case study: In 2015, when the spread of Zika virus infections raised worldwide concern, the Europe, including the UK, contributed their shared expertise to the global response to this threat and gave advice on scientific and regulatory matters regarding research and development of medicines or vaccines against the virus.

The EMA and competent authorities in Member States, which include the UK’s MHRA, also carried out an assessment of plasma-derived or urine-derived medicines and concluded that there is no increased risk of contamination with the Zika virus for patients who take these medicines.

This collaborative regulatory network delivered reassurance that even if plasma or urine came from donors who had contracted the Zika virus, there is no risk of the virus contaminating the final products and thus affecting the patients taking them.9

The report finds that changes to trade and the medicines supply chain as a result of Brexit could contribute to an increased frequency of medicines shortages in the EU27 / EEA and the UK. A recent survey by the European Federation of Pharmaceutical Industries and Associations has found that 45 million packs of medicine go from the UK to the EU27 / EEA each month — with more than 37 million packs coming back the other way.10

For the EU27 / EEA, the impact of the UK becoming a ‘third country’ would be felt the most on vaccines and advanced therapies that use human blood/plasma, as these products are disproportionately manufactured or imported via the UK.11 These impacts are likely to be particularly acute during any implementation period where pharmaceutical companies have to duplicate or relocate batch release testing (a critical part of good manufacturing practice (GMP) and a final safety check that pharmaceutical manufacturers must perform before a medicine is released for use).

The report also demonstrates risk relating to delays in the supply of medicines coming from outside the EU. The UK has the highest number of sites certified to import pharmaceuticals from ‘third countries’, ahead of Germany.12 Currently, pharmaceutical products from ‘third countries’ certified at sites in the UK can be readily dispatched to the EU27/EEA freely through the single market and customs union.

The analysis concludes that in a Brexit scenario where the UK and the EU fail to reach a trade agreement on pharmaceuticals, medicines will be subject to tariff and non-tariff measures that could increase administrative burden, cause customs delays and increase costs.