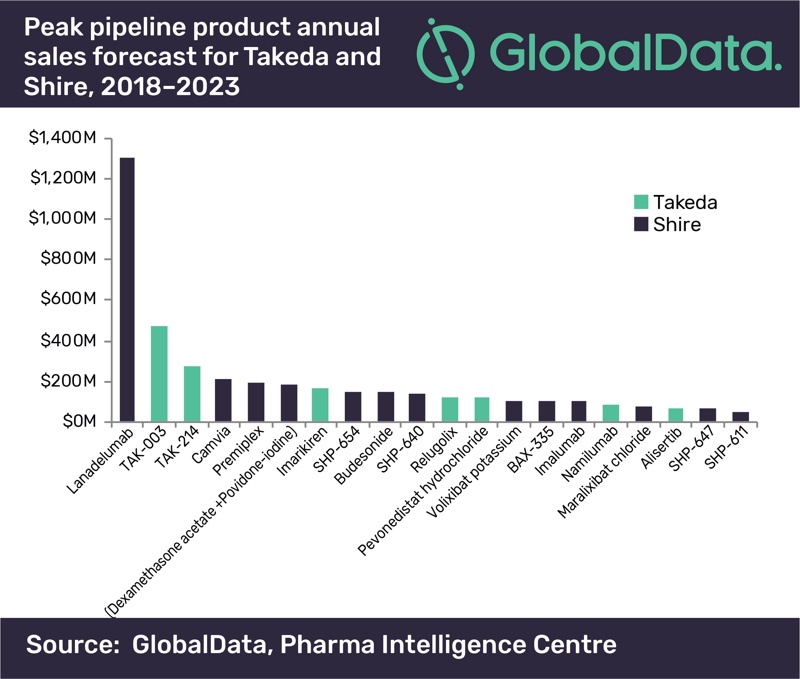 Following the announcement of a significant dip in first quarter operating profit for Takeda, Thomas Moore, Senior Pharma Analyst at GlobalData, a data and analytics company, offers his view on the company’s future:

“Takeda’s first quarter operating profits took a 49% hit year-on-year, and represent the weakest first quarter profit in the last 3 years. Looking to the future, the company will be hoping that its £46bn ($61bn) merger with Shire will bolster its drug pipeline and allow it to recover some of the recent drop in revenue."

He continued: “When looking at the current drugs pipeline for Takeda and Shire by peak annual sales forecast, seven of the top ten products are expected to come from Shire’s pipeline. This includes Hereditary Angioedema (HAE) monoclonal antibody, lanadelumab, which is on track to launch in the US and EU towards the end of the year, and is forecast to reach blockbuster annual sales of $1.3bn by 2023."

"Compared to Shire’s future offerings, Takada’s own pipeline is looking a little bare, and so the company will be looking to leverage Shire’s pipeline once the merger has completed to reignite its stumbling operating profits.”

Takeda’s merger with Shire was agreed in May this year and is set to be one of the largest deals by a pharmaceutical company in history, including the largest ever takeover by a Japanese company.

GlobalData predicts that once completed, the newly formed entity will be the ninth-largest pharmaceutical company in the world, based on 2017 sales.