The future of uniquely delivered drugs and ADCs 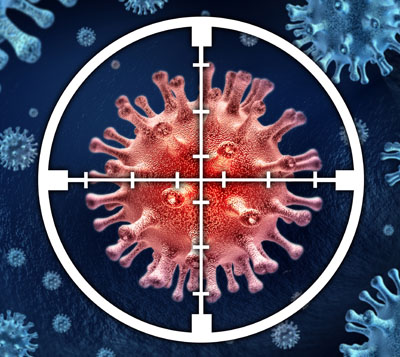 With advances in technology defining the pharmaceutical industry, it seems that the landscape is currently experiencing a state of flux; limitations that once bound drug delivery and discovery are no longer as rigid. Drug companies can now utilise nanotechnology to direct the drug specifically to the target.

Another promising technology is the use of antibody drug conjugates (ADCs), a class of therapeutics that involves using monoclonal antibodies (mAbs) coupled with cytotoxic agents. The ability of mAbs to selectively bind to cells expressing the target antigen with high affinity leads to a decrease in off-target toxicity, making ADCs a good candidate for cancer treatment.1

Indeed, the need for new modes of delivery and innovative drugs is a priority, not only for the pharma industry, but also at a national level. The US government, for example, has recognised this with President Barack Obama’s 2016 budget, which provides $1.5 billion in funding for the National Nanotechnology Initiative (NNI).2 After the updated nanotechnology standards, FDA has increased pipeline efficiency for certain uniquely designed drugs.

The case of ADCs

By linking a mAb with a cytotoxic payload, ADCs marry the capabilities of biologics with those of small molecules. ADCs increase a drug’s therapeutic window by improving its efficacy and decreasing its toxicity. However, the development of ADCs has not been straightforward; poor target antigen selection, use of either murine or chimeric antibodies and the use of low potency drugs have been setbacks. For an ADC to work, it is key that a threshold level of free toxic drug reaches the target cell. The target tumour antigen, antibody, linker and the cytotoxic drug all determine the success of an ADC.3

So far, there are only two ADCs approved in the US to treat cancer; however, there are currently more than 50 ADCs in clinical trials and around 23 that have been discontinued. There were 13 new ADCs in clinical trials in 2015, the majority of which targeted solid tumours, with just two targeting haematological cancers.4 These numbers prove that companies are willing to accept risk to develop these drugs. According to the 2016 Nice Insight CDMO Outsourcing Survey, 57% (67% in North America) of buyers currently list an ADC in their pipeline.5

Gemtuzumab ozoogamicin (Mylotarg), which is used to treat patients older than 60 with acute myelogenous leukaemia (AML) — developed by Pfizer — was the first ADC to be approved by FDA in 2000. However, Pfizer was asked to withdraw the drug owing to fatal adverse event risks and no clear clinical benefits in post-approval Phase III trials.6

It is clear that despite the growing interest in developing ADCs to fight cancer, working with a new class of drugs has its risks. On 19 August 2011, FDA granted approval for Brentuximab vedotin (Adcetris) to treat Hodgkin lymphoma (HL) and systemic anaplastic large cell lymphoma (ALCL).7

Another ADC, Trastuzumab emtansine (Kadcyla) was approved by FDA in February 2013 for the treatment of late-stage metastatic breast cancer in HER2-positive patients.8 It is interesting to note that among buyers participating in the 2016 Nice Insight CRO Outsourcing Survey, ADCs are second only to vaccines in the pipeline of outsourcers of CROs.9

Given the complex structure of ADCs, it makes sense that the approval process is difficult. Despite FDA pulling Myotarg from the market, it has also instituted measures to speed up the pipeline process for these types of drugs. Marjorie Shapiro, PhD, Chief of the Laboratory of Molecular and Development Immunology in the Division of Monoclonal Antibodies at FDA/CDER, states that for ADCs to be successful: ‘The cytotoxic drug cannot be released from the mAb too soon; otherwise, there will be unacceptable toxicity of the product.’ She goes on to list ‘the stability of the linker, the affinity of the antibody for the target cell, the pharmacology profile of the cytotoxic drug and the possible activity of the antibody’ as crucial factors for companies to consider when working with ADCs.10

The combinatory nature of the drug further complicates the ADC approval process. Dr Shapiro states that companies are also subject to the oversight of not one but two chemical manufacturing and controls (CMC) reviewers, a biologics reviewer for the mAb part of the drug and a small molecule reviewer for the rest.10

Strategic alignments within the pharmaceutical industry are not new. For years, pharmaceutical companies have joined together in a variety of ways, either through permanent consolidation in the form of a merger or through the pairing up of a drug company with a CRO. Whatever the form, it has often been to share technologies and skills, or to share the risk of development. Companies of various sizes and capabilities might merge their individual technologies and skills to better navigate the market and to get the drug safely and efficiently through the pipeline.

For example, CMC Biologics, which specialises in the production of monoclonal antibodies, will be collaborating with IDT Biologika to develop and manufacture ADCs. IDT Biologika will assume production after the mAbs have been developed. IDT will thus conjugate the cytotoxic agent with the mAbs, taking over ‘the aseptic fill, finish and packaging of the ADC final product.’11

These types of joint efforts capitalise on the strengths of both companies and allow the drugs to be more efficiently and safely developed throughout all stages of development. As the market grows in complexity and the drug category becomes more complex, these collaborations will likely increase.

A main concern with ADCs involves heterogeneity in the formulation process. According to Harpeet Kaur, synthetic chemistry team leader with Dalton Pharmaceutical Processes, conjugating the mAb to the small-molecule drug leads to a variety of combinations. It results in a mixture of ADCs with differing drug-to-antibody ratios (DARs), naked antibody and free drug.

However, new technologies are springing up to combat the challenges of ADC development.12 SMARTag technology, developed by Redwood Bioscience, now a part of Catalent Biologics, increases the ADC performance by improving stability and enabling controlled drug release.

Different analytical methods are required for ADC development. The early stage is driven by methods to support conjugation process development, followed by analytical methods to ensure the functionality and potency of the antibody, and lastly by characterisation methods.13 The properties used to characterise ADCs are binding properties, target site specificity, DAR and stability of the linker, drug potency and drug species for which modern chromatographic, electrophoretic and spectroscopic methods are sufficient.

The progress from preclinical drug discovery to product development and, eventually, clinical trials of the ADCs, is a resource-intensive process. A company will likely require support from one or multiple CMOs to complete this journey. With the increase in complexity, it is important for contract manufacturing organisations (CMOs) to take a streamlined and systematic approach to manufacturing ADCs. However, despite all the challenges facing ADC development, this market is anticipated to reach $3.45 billion by 2018.14

More companies are competing for a share of the market because of the ease of transfer from existing antibody therapies into ADCs, which allows them to extend the patient life. With many oncology based pharmaceutical companies heavily investing in ADCs in spite of their complexity, this new class of drugs is rapidly paving its way into the industry.

Slow and steady
CRISPR in clinical trials: the future of gene editing
The growth of immuno-oncology: active, passive and hybrid treatments into 2020
The contract development and manufacturing pulse is steady and strong
Becoming bioavailable
Move toward cell-based manufacturing signals opening in vaccine market
Can epi-drugs capture the next wave of growth?
Expanding trial data demands new analytical methods
Biocatalysis versus chemocatalysis
Optimising excipients to improve bioavailability
Outsourcing: What does the future hold?
Outsourcing goes from strength to strength
Precious catalysts drive development of abundant alternatives
Healthy growth despite stiff competition