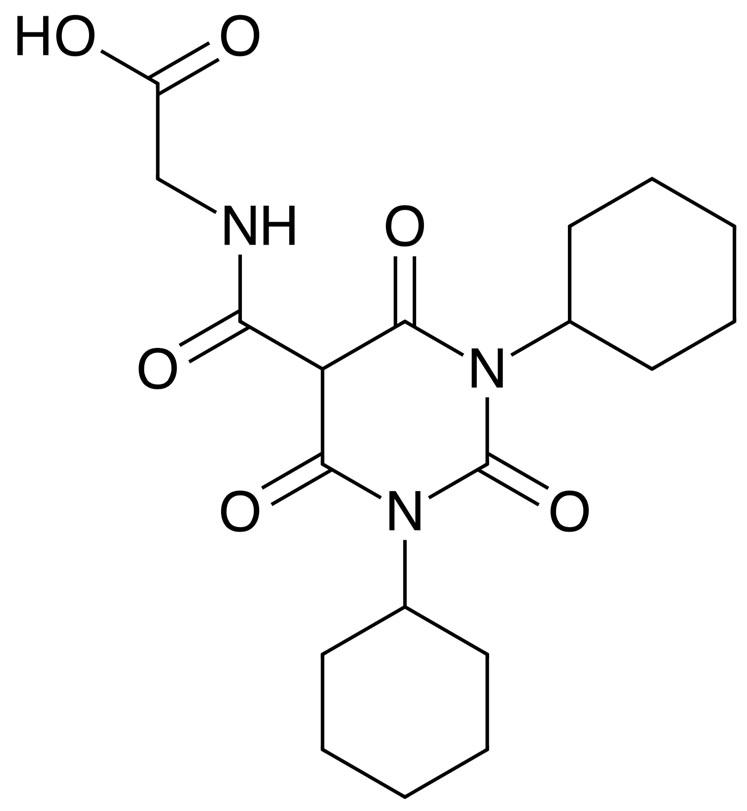 Anaemia is also a common complication experienced by patients. This is frequently undiagnosed and undertreated, particularly in the early stages of the disease. If untreated, it is associated with poor clinical outcomes.

One way this might be addressed via drug treatment is with inhibitors of hypoxia-inducible factor prolyl hydroxylase. By inhibiting this enzyme, hypoxia-inducible factors are stabilised, which can lead to the transcription of erythropoietin (EPO) and other genes involved in the correction of anaemia; this has a similar physiological effect on the body as being at high altitude.

One such drug, daprodustat, is being developed by GlaxoSmithKline as an orally administered treatment.1

Phase III clinical trials have been done in patients who were both on or not on dialysis. Its effectiveness compared with darbepoetin alfa was evaluated in 3872 chronic kidney disease patients with anaemia who were not undergoing dialysis.3 The primary outcomes were the mean change in haemoglobin level from baseline to weeks 28–52, and the first major adverse cardiovascular event (MACE), such as stroke, myocardial infarction or death.

Baseline haemoglobin levels were similar in both treatment groups; the mean change in the daprodustat group was 0.74 g/dL and 0.66 g/dL in those given darbepoetin alfa. In the median follow-up time of 1.9 years, there was a similar rate of first MACE, meeting prespecified non-inferiority criteria.

Similarly, 2964 anaemic CKD patients undergoing dialysis were given daprodustat or either epoeitin alfa, if they were on haemodialysis, or darbepoetin alfa for peritoneal dialysis.4 The mean change in haemoglobin level from baseline to weeks 28–52 was 0.28 g/dL with daprodustat, and 0.10 g/dL for the patients given epoeitin or darbepoetin. In the median follow-up period of 2.5 years, first MACE rates were again similar across both treatment groups.

In a further Phase II trial, 103 patients on haemodialysis with a baseline haemoglobin level of 9.0–11.5 g/dL, and previously given a stable dose of EPO or an analogue, were given 10, 15, 25 or 30 mg of daprodustat or a placebo three times a week for 29 days, matching a thrice weekly dialysis schedule.5

The oral drug gave dose-dependent changes in mean haemoglobin from baseline and this was used to calculate the dosing schedule for later studies involving thrice weekly dosing.