Growth in these emerging regions will dwarf the markets in Europe and Japan by 2025, finds Frost & Sullivan’s Transformational Health team 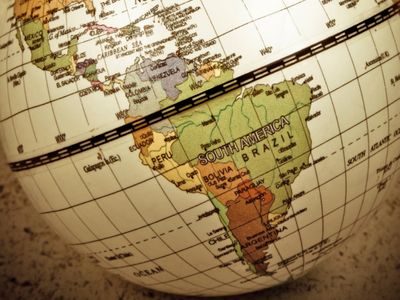 Regional dynamics will change the face of global healthcare by 2025.

North America is currently the largest healthcare market, followed by Europe. However, Asia (excluding Japan) is growing at 11.7% and will overtake Europe.

Japan, which is currently the fourth-largest market, will be overtaken by Latin America, growing at 10.4%. By 2025, regional shares in the healthcare market, from largest to smallest, will change to North America, Asia, Europe, Latin America, Japan and rest-of-world (RoW).

Frost & Sullivan’s recent analysis, Vision 2025 - Future of Healthcare, explores the transformation expected in the global healthcare market, which will be worth $2.69 trillion in 2025.

Growth in the Asian market is primarily driven by India and China, with government funding schemes expected to add Indonesia, Vietnam and Philippines to this list. In Latin America, growth is bolstered by an increase in private healthcare services and insurance penetration, and a sufficiently large working population to support the elderly.

Click here for complimentary access to more information on this analysis and to register for a Growth Strategy Dialogue, a free interactive briefing with Frost & Sullivan’s thought leaders.

Europe will drop in ranks despite a few lucrative country markets, like Germany and Sweden. This is mainly due to the struggle in the remaining economies:

However, Asia and Latin America also present difficulties for healthcare companies; there are regional differences in terms of cultural diversity, language heterogeneity, and affordability levels. Essentially, successful business strategies in North America and Europe will not be applicable for emerging regions.

“Despite the difficulties, Asia and Latin America cannot be overlooked if companies desire to grow faster than their competition,” stressed Shah. “To gain the edge, healthcare players must take the plunge, invest in these regions, find the right local partners, design custom strategies for each country, test them in pilots, and go large-scale.”