Two new appointments at BASF in the UK & Ireland

BASF's Richard Carter has been promoted to head the firm's operations in the UK and Ireland.

Carter has been promoted to Vice President and Managing Director of BASF companies in the UK and Ireland. Until now he has spent all of his 31-year career in the chemical industry outside the UK. 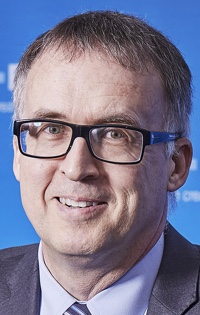 Carter joined BASF in 1988 as a Product Manager for Fine Chemicals in Germany. He subsequently worked as a Project Manager in Malaysia, a Marketing/Sales Manager for Chemical Intermediates in Germany, and Managing Director of BASF in Portugal, followed by procurement posts in Germany and North America.

Since 2008 he has been based in Germany as Vice President, Global Key Account Management for BASF’s Home & Personal Care Business in Europe & Asia Pacific.

In addition, Dr Darren Budd has been appointed as Commercial Director of the new UK & Ireland Country Cluster.

Budd was Head of Chemistry at Continu-Fix, before joining BASF in 1996. After working as a Technical Sales Representative and later as an Account Manager for Speciality Chemicals in the UK, he moved to BASF Venture Capital in Germany as an Investment Manager. 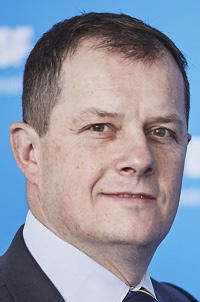 He returned to the UK in 2007 as a Business Manager for Care Chemicals, and from 2009 to 2015 he headed BTC, BASF’s distribution company, in the UK.

Mark Meier, Budd's predecessor as Commercial Director, has moved to Copenhagen, Denmark as Vice President and Head of the Nordic Baltic Country Cluster.