Two of the key organisations, in the UK and Russia, leading efforts to combat the global problem of antimicrobial resistance (AMR) have announced a formal agreement to work together 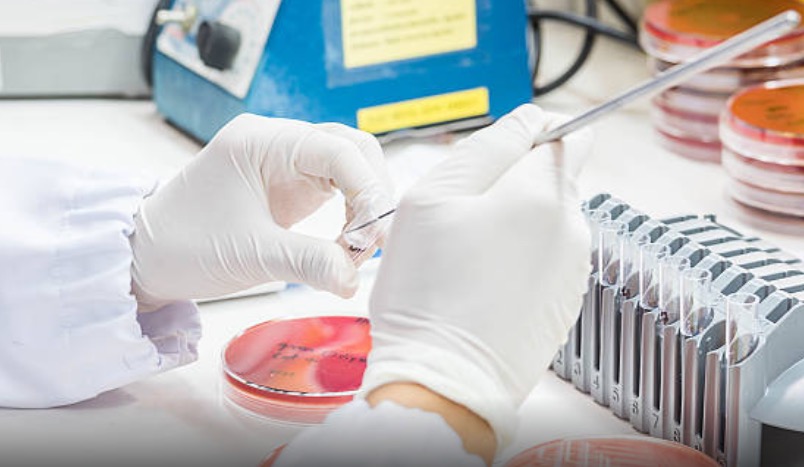 The AMR Centre (AMRC), located at Alderley Park, Cheshire is to collaborate with Russian science and technology organisation, the Skolkovo Foundation, which is based in Moscow.

They will work in partnership to identify opportunities for joint UK-Russian funding to support collaborative projects between organisations in both countries.

The agreement, announced during the Genesis Conference at the QEII Centre in London and also at the UK-Russia Healthcare & Life Sciences Forum in Moscow, will see the AMRC provide support to Skolkovo-based SMEs for the pre-clinical development of new therapies and diagnostics for AMR.

The centre will offer assistance in the form of R&D expertise and help with funding applications, including applications for international funding from its alliance partner, CARB-X, a $400 m global initiative backed by the US Government and the UK charity the Wellcome Trust.

The Skolkovo Foundation is the not-for-profit organisation responsible for the Skolkovo Innovation Centre, a scientific and technological centre for the development and commercialisation of advanced technologies.

Founded in 2010 and based in Moscow region, the Skolkovo innovation system comprises the Skolkovo Institute of Science and Technology (Skoltech) established in partnership with MIT, corporate R&D centres, business incubators, more than high-tech 1700 start-up companies, technological and urban infrastructure.

Dr Peter Jackson, Executive Director of the ARMC, said: “The situation we find ourselves in today is both grave and complex but based on a growing drug resistance and a dwindling supply of effective antibiotics.”

“The nature of the crisis and progress in tackling the issues does vary around the world and touches on issues such as drug-prescribing habits, use of antibiotics in animal health and the ability to reduce the potential for bacterial infection in hospitals. What does nOt vary is the desperate need for innovation, for programmes that investigate ways of getting us out of what is a problem that already claims 700,000 lives a year and is likely to escalate to a level that will have drastic impacts on public health the world over.”

“AMR is a very serious issue in Russia and we are pleased to be able to collaborate with Russian companies working in this field and offer our assistance and advice with funding and clinical expertise. There is a deep well of scientific resource in Russia, which can be directed at this challenge and we will use our knowledge and contacts to help coordinate activity and bring on projects, which might not otherwise progress.”

“We are part of a number of UK government initiatives to build partnerships overseas and this will be a central part of our mission as we move into 2018.”

2017 marks the UK-Russia Year of Science and Education, which is intended to stimulate further scientific collaboration between the two countries and is supported by the UK Science and Innovation Network at the British Embassy in Moscow.

Kirill Kaem, Senior VP for Innovations of the Skolkovo Foundation, said: “The discovery of antibiotics was one of the world’s main scientific breakthroughs in the middle of the twentieth century. However, nowadays the antibiotic resistance situation is very complicated.”

“Out of our 430 biomedical startups, Skolkovo’s project portfolio includes only a few companies that are developing new antibiotics or diagnostic solutions in this therapeutic area and we would like to have more.”

“For Skolkovo startups, it will be a great honour to start collaboration with AMRC as a scientific and advisory R&D centre in antibiotic resistance. This partnership is an opportunity for innovative Russian companies to become a part of international research programmes and fight the global problem of antimicrobial resistance.”

Lord Jim O’Neill, author of a landmark AMR Review, which was commissioned by the UK government to quantify the potential impact of AMR and the issues that sit behind the crisis, said: “It is excellent to see this news. International collaboration on AMR is crucial. As I have often said, the UK can do all the right things necessary, but unless other countries do the same, then UK citizens are still vulnerable as a result of international travel, and connectivity between humans and animals.”

“In addition, involvement of the so-called BRICS countries, Brazil, Russia, India, China and South Africa, is especially important due to the interplay between AMR and infectious diseases such as TB. It is therefore really good to see this planned joint collaboration between the centre and Russia.”

In October, Skolkovo hosted the Open Innovations Forum, the biggest industrial innovation summit in Russia and held an expert panel discussion on antimicrobial resistance and how to overcome it in Russia and across the world. The report Innovation in Fighting Infectious Diseases. New Antibiotics, a report in collaboration with the AMRC, was also issued and presented at the event.

The AMR Centre currently has two other active international collaborations. One is a partnership with Massachusetts clinical-stage drug development company, Microbiotix.

The centre has also reached an agreement with Stockholm-based Medivir to lead a key research program to tackle the threat posed by an enzyme that makes bacteria resistant to widely used antibiotics such as penicillins. Its latest collaboration, with the UK’s EligoChem, will see the development of antimicrobial peptides to target the most critical drug-resistant organisms.