What are ATMPs and why do they matter?

3P Innovation looks at advanced therapy medicinal products (ATMPs), as they are known in Europe, or cellular and gene therapy (C>) products in the US 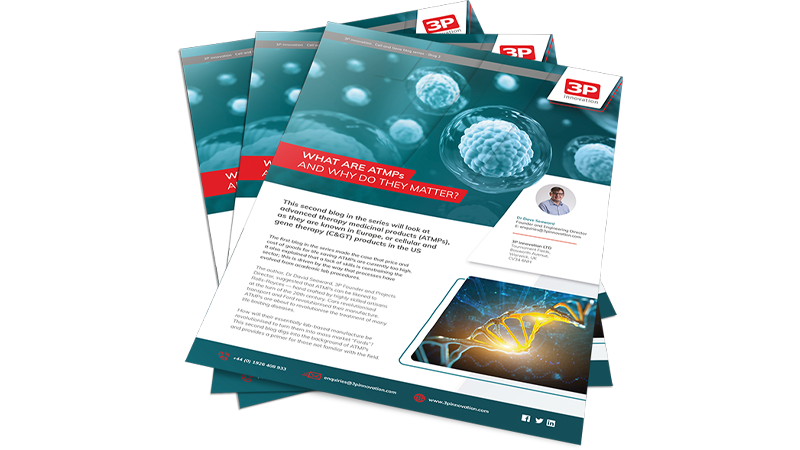 The first blog in the series made the case that price and cost of goods for life saving ATMPs are currently too high. It also explained that a lack of skills is constraining the sector; this is driven by the way that processes have evolved from academic lab procedures.

The author, Dr David Seaward, 3P Founder and Projects Director, suggested that ATMPs can be likened to Rolls-Royces - hand crafted by highly skilled artisans at the turn of the 20th century. Cars revolutionised transport and Ford revolutionised their manufacture. ATMPs are about to revolutionise the treatment of many life limiting diseases.

How will their essentially lab-based manufacture be revolutionised to turn them into mass market "Fords"? This second blog digs into the background of ATMPs and provides a primer for those not familiar with the field.

Biotech isn't new. Indeed, the ancient Egyptians and Sumerians were known to use fermentation to make bread and cheese. They had also discovered how to make beer. These were almost certainly accidental discoveries with no underpinning knowledge, unlike how we can now manipulate the underlying principles of biology.

It was Hungarian Karoly Ereky who is seen to be the father of biotechnology and it is he who first coined the term in 1919 in a book called Biotechnology of Meat, Fat and Milk Production in an Agricultural Large-Scale Farm. He described a technology based on converting raw materials into a more useful product and believed that biotechnology could provide solutions to societal crises, such as food and energy shortages. What we recognise as modern biotech kickstarted when Watson and Crick elucidated the structure of DNA in 1953.

It then took a couple of decades before humankind figured out how to transfer DNA between organisms using a technology termed recombinant (or chimeric) DNA, which uses enzymes to cut and paste DNA sequences of interest together. Recombined DNA sequences can be placed into vehicles called vectors that ferry the DNA into a suitable host cell where it can be copied or expressed. These vectors are usually viruses.

Clusters, megadeals, "Cellicon Valley" and the "Golden Triangle"
Cell and gene therapy: converting a Rolls-Royce into a Ford?