At a recent EMA workshop held in London to discuss the lack of progress on Alzheimer’s therapies, drug developers highlighted the hurdles faced in meeting standards for drug approval

Developing medicines that reverse or even slow the progress of Alzheimer’s disease has proved to be a tough task for the pharma sector, and it is looking for ways to ensure regulation does not pose an additional and possibly insurmountable barrier. A workshop on Alzheimer’s disease (AD), at the London headquarters of the European Medicines Agency (EMA), heard from specialists debating the latest advances in understanding of the pathophysiology of AD and the discovery of disease-modifying treatment targets.

Other topics included: the changing diagnostic criteria for AD, including early and asymptomatic disease stages, and their impact on clinical trial design; the scientific and regulatory approaches to facilitating drug development and registration; the choice of outcome parameters and need for distinct assessment tools regarding different stages of the disease; the potential use of biomarkers to develop medicines targeting different stages of the disease; and treatments of associated neuropsychiatric and other symptoms.

A member of a European Federation of Pharmaceutical Industries and Associations (EFPIA) working group, Dr Thomas Blaettler, of Roche, warned that pharma companies are struggling to meet EMA’s regulatory standard for approving Alzheimer’s medicines. Regarding those approved for their disease modifying effects, EMA rules say a drug test must demonstrate that it ‘delays the underlying pathological or pathophysiological disease processes and when this is accompanied by improvement in clinical signs and symptoms of the dementing condition’.

And for medicines generating symptomatic improvements, effects acceptable by the regulator as grounds for market approval may ‘consist of enhanced cognition, more autonomy or improvement in neuropsychiatric and behavioural dysfunction ... likely for a limited duration’.

These hurdles have proved tough to jump. The last treatment approved, Dr Blaettler noted, was Memantine, approved as a symptomatic medicine. Indeed, there have been no new therapies approved in the EU for the past 10 years, and while many development programmes are targeting the disease’s underlying pathology, no disease modification (DM) therapies have been approved so far, he said.

A key problem, Blaettler stressed, is that to prove such a drug works, trials have to show not only that they change some agreed biomarkers, but also have to demonstrate a clear clinical impact. And no drug has yet managed to demonstrate DM success in both indicators simultaneously. There is agreement on some relevant biomarkers: CSF levels of Aβ–42, tau, and p-tau; structural imaging (MRI): measure brain atrophy; amyloid PET: measure amyloid deposition; and functional imaging (FDG PET): measure glucose utilisation.

To prove such a drug works, trials have to show not only that they change some agreed biomarkers, but also have to demonstrate a clear clinical impact

But Blaettler questioned whether EMA’s standard would be met by a ‘drug with strong biological plausibility, effect on biomarker and improvement in outcomes (e.g. cognition or function), but without strict correlation per se?’ And ‘is replication needed in at least two independent development programmes with distinct therapeutic agents?’ he inquired.

In his conclusions, he asked whether EMA could allow some flexibility over its disease modification approvals, so that it accepted a drug demonstrating a ‘study-level correlation between clinical outcome and biomarker effect ... in absence of strong patient level correlation’. And would EMA agree that ‘replication across multiple studies and molecules may not be needed for a DM claim?’

These are fair questions, and certainly illustrate the difficulty of demonstrating that an Alzheimer’s drug works for DM. Dr Blaettler pointed out the existence of a secondary approval route through EMA guidance for a medicine with a limited ‘delay of disability’ claim. Under EMA’s guidance, this requires a ‘delay in the natural course of progression of the disease based on clinical signs and symptoms of the dementing condition [to] be established…’ Blaettler asked EMA to consider how this could be demonstrated in an achievable way: ‘The guideline should be flexible to allow multiple approaches demonstrating delay in disability/slowing of clinical decline including time to event, slope analysis and randomised start/withdrawal design,’ he said.

Other regulatory challenges were highlighted by another EFPIA working group speaker, Dr Rachel Schindler, of Pfizer. She said more clinical trials are needed to generate effective treatments, stressing that regulator flexibility in accepting innovative trial designs would help, notably in developing treatments of neuropsychiatric symptoms (NPS) in AD, for which there is a significant unmet medical need. She added that more research is needed on the underlying neurobiology of NPS to help identify drug targets.

She too had regulatory concerns: for instance, over the encouragement of separate dedicated trials for stand-alone symptoms. Dr Schindler warned: ‘It will not be practical to conduct separate trials for each symptom and thus [is] a deterrent to developing treatments for some NPS.’ She added that because some symptoms are biologically related, approving treatment for one might overlook some inter-relationships between symptoms.

She asked, if studies demonstrated positive endpoints for multiple symptoms, or clusters of them, would an indication be considered for more than one, for example, apathy and delusions? And underlining Dr Blaettler’s comments on the value of medicine delaying symptoms, she asked whether postponing the emergence of specific or related symptoms could be an acceptable outcome for an approved drug?

Another working group member and Head of AD clinical development for Janssen R&D, Gary Romano, said that reliable biomarker assays for diagnosis of pre-clinical AD are available using, for instance, CSF measures of Ab and tau/p-tau, or amyloid PET ligands. He said: ‘Asymptomatic subjects at risk can be accurately identified and recruited; early disease stage registries/cohorts are being assembled.’ He added that ‘subtle cognitive decline can be measured with fit-for-purpose cognitive assessments in individuals who are asymptomatic at risk’.

But managing these within pre-clinical AD clinical trials is not easy, requiring treatment of asymptomatic at-risk subjects who may not develop cognitive impairment for many years. A demonstration that medicines delay the development of AD’s later stages will take many years of observation, he said, warning: ‘Clinical trials of long duration are likely to result in a large percentage of missing data, making it infeasible to assess long-term outcomes.’ 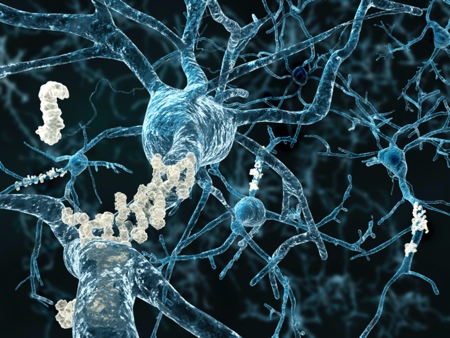 Regulatory guidance can help overcome barriers to investment in new medicines, he suggested. Indeed, a key issue for clarification is whether regulators accept that preclinical AD cases should be considered a disease population in risk-benefit assessments. He wants guidance on whether regulators agree clinical impact of medicines can be accepted via disease modelling based on external data – for instance, on previous observational studies linking cognitive decline to functional decline or time to dementia.

Dr Eric Bastings, Deputy Director of the US FDA’s Office of Drug Evaluation neurology products division, stressed how all AD drugs approved so far have been for patients at the dementia stage: donepezil, approved for all stages; galantamine and rivastigmine, for mild to moderate AD; and memantine approved for moderate to severe AD.

He said the development of early stage AD medicine was an ‘area of considerable interest to [the] FDA’, noting that ‘intervening before major neuronal damage sets in is critically important’. He said: ‘Effective disease-modifying interventions will likely have their most permanent impact before brain damage is too extensive.’

As regards clinical trials for such medicines, he stressed the need to select patients with early AD closest to the onset of overt dementia (prodromal AD or mild cognitive impairment due to AD); patients at risk of developing AD (preclinical AD); and endpoints for clinical trials in these groups.

One problem, he noted, is that mild functional or global impairment is ‘difficult to detect before onset of overt dementia’. Dr Bastings added that while composite assessments of both cognition and function may be acceptable in trials, they should not approve ‘efficacy in the absence of functional benefit’. Meanwhile, he warned variations in identifying biomarkers or cognitive testing cut-off values ‘may lead to the identification of patients who are at different stages of a progressive disease process’.

Meanwhile, important research work continues. Martha A Brumfield, President and CEO of the Critical Path Institute (CPI), which unites scientists from the pharma industry, academia and regulators to boost drug development and controls, welcomed the fact that both the EMA and the FDA were supporting innovation on AD regulation. She said they had helped the Coalition Against Major Diseases (CAMD) consortium, which works under the CPI, with scientific advice and consultation and have ‘engaged fully to contribute toward meaningful advances’.

The CAMD has worked to align and synergise efforts effectively across multiple initiatives in developing AD therapies, ‘but, for real progress, this needs to happen more,’ she said. As an example, she recalled how nine member CAMD companies agreed to share data from 24 AD trials. The work was impeded by it being in different formats, so it was remapped to a standard set by clinical data harmoniser CDISC and pooled. A new clinical trial simulation tool was created, the first model endorsed by the FDA and EMA, said Brumfield.