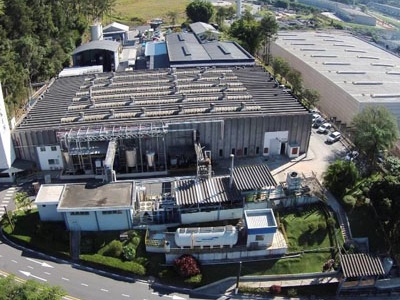 Wacker Química do Brasil was established in São Paulo in 1977 — marking an important milestone in the group’s South American expansion.

The company is currently building a new multifunctional facility at the site to manufacture antifoam agents and functional silicone fluids.

Investments for the expansion will total around €7 million. WACKER’s Jandira technical centre further offers customers special support with the development of new products and applications for the South American market.

With more than 100 employees, WACKER Brazil generated sales of around €90 million in 2016.

In his address to some 200 customers and business partners, WACKER Executive Board member Tobias Ohler highlighted the importance of WACKER Brazil for the group’s future success in South America: “Our sales in this region have grown at an average rate of more than 9% annually during the past 10 years."

"At the same time, local production volumes have increased five-fold.” WACKER Brazil is ideally positioned, he continued, thanks to high product quality, excellent service and a committed team of experts.

“In the years ahead, we expect demand in South America to grow for our high-quality specialty chemicals – and see huge potential for our Jandira site.”

Executive Board member Auguste Willems underscored the future opportunities for innovative WACKER products in his speech: “Thanks to their virtually unlimited applications, silicones have become an integral part of daily life – whether in the electronics industry, the automotive sector, in cosmetics or medicine."

"Our polymer binders enable cutting-edge construction solutions, such as fire-protection coatings and water-saving sealing systems. As for our novel biotech products, we are building a bridge between chemistry and biotechnology,” he continued.

“With our ongoing expansion of silicone production in Jandira, we are well positioned to meet the growing needs of the South American market. As a result, WACKER Brazil can offer its customers even better local support in the development of new products and customised applications.”