Efforts increase to tackle antimicrobial resistance will boost the market from $27.7bn in 2015, according to the business intelligence provider 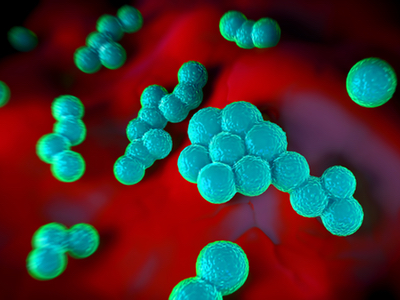 
The antibacterial drugs market is set to grow from $27.7 billion in 2015 to $35.6 billion by 2022, representing a compound annual growth rate of 3.97%, according to business intelligence provider GBI Research.

The company’s latest report states that emerging companies and the approvals of new products will drive this growth, along with the continued success of the established marketed products Infanrix, which vaccinates against diphtheria, tetanus and pertussis, and Augmentin, which is amoxicillin sodium and clavulanate potassium.

Thomas Jarratt, Associate Analyst for GBI Research, explains: “In an attempt to tackle antimicrobial resistance, many companies are investing in the development of products active against bacteria that are known to be resistant to established classes of antibacterials.

“The use of protein synthesis inhibitors, for example, is expected to increase dramatically over the forecast period as a result of their effectiveness in treating drug-resistant bacterial infections."

With many protein synthesis inhibitors now off-patent and with bacteria having developed resistance to a wide range of these drugs, GBI Research believes several of the pipeline drugs for the next-generation of protein synthesis will be approved and enter the market within the forecast period, and will benefit from the commercial focus on treating drug-resistant infections.

“Indeed, the lack of biosimilars for antibacterial vaccines means that generic competition does not impact on sales as it does for other types of drugs, and many developed countries implement schedules for vaccines preventing certain indications.

“Merck’s blockbuster Prevnar, for example, has benefited greatly from this, and its efficacy in infants for the prevention of 13 serotypes of streptococcus pneumonia, the causative agent in pneumonia, has led to widespread global usage in vaccination schedules, culminating in very high revenue.”