The seasonal influenza market is forecast to grow from from $1.24 billion in 2015 to $1.71 billion, according to GBI Research 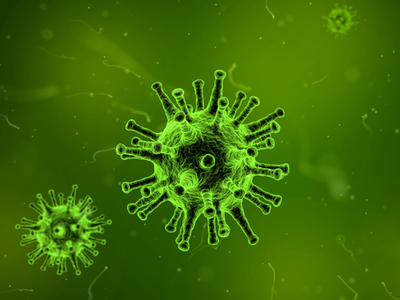 The company’s latest report states that this growth will primarily be driven by increasing affordability, rising healthcare access in India and China, and subsidized immunisation for the elderly in Australia, Japan and South Korea.

An increased incidence of seasonal influenza in the APAC region can be linked to its aging population, modernisation, changing dietary habits, excessive consumption of preserved food, and high incidence of influenza virus infection.

Vivek Goswami, Analyst for GBI Research, explains: “Despite increasing demand driving growth in the APAC influenza vaccines market, the variability of this demand will prove the major obstacle in the treatment of the disease.

“Indeed, the demand for vaccines changes every season and is largely dependent on the weather, as well as the timing and severity of the influenza season."

Goswami added that planning the production of a seasonal influenza vaccine is also difficult due to the slow egg-based manufacturing process currently in use.

“These factors render production a risky proposition and vaccine manufacturers often supply more or less than demand,” he said.

Despite these issues, the approval of new quadrivalent vaccine therapies with novel administration methods and production technologies is expected to reduce the infection risk and improve compliance rates.

It will also increase the coverage of influenza vaccines and boost revenue for manufacturers. In addition, the market will witness greater competition in the next six to seven years, due to increased focus from large pharmaceutical companies.

“High competition among large players will also help in bringing superior vaccines to the market and improve the supply of seasonal influenza vaccines in the APAC region,” said Goswami.

GBI Research’s analysis shows that the expected approval of various quadrivalent vaccines with novel routes of administration will decrease the market share of existing trivalent vaccines.

Goswami used the example of the expected approval of both Daiichi Sankyo’s VN-100 and MEDI3250 in the Japanese market. He said this will offset the impact of the currently available vaccines Flubik HA, Influenza HA Vaccine Kaketsuken TF, and Influenza HA Vaccine Seiken.

GBI Research information is based on its report: Seasonal Influenza Therapeutics in Asia-Pacific Markets to 2022 – Growth Driven by Rising Elderly Population, Growing Awareness and Launch of Quadrivalent Therapies.