Jean-Christophe Tellier will be group representative for European pharmaceutical companies 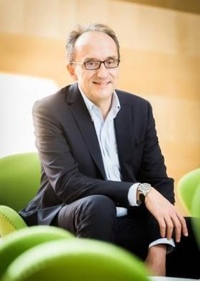 The MISG was established to bring together government and the research-based biopharmaceutical industry to support breakthrough research.

It is co-chaired by the UK Secretary of State for Health and the Chairman of the British Pharma Group.

Commenting on his appointment, Tellier said he is pleased to be ‘sharing some of UCB’s experience as an inward R&D inward investor with the MISG, in an effort to shape a positive climate that incentivises innovation for the improvement of patient care’.

Pascal Soriot of AstraZeneca and GSK’s Patrick Vallance are also members of the group.

Tellier joined Belgian company UCB in 2011 as an Executive Vice President, after serving as President of Ipsen, North America and CEO of Novartis Pharma France.

His 25-year career in the industry has been built on his medical background as a rheumatologist, combined with executive business programmes at Harvard and INSEAD.