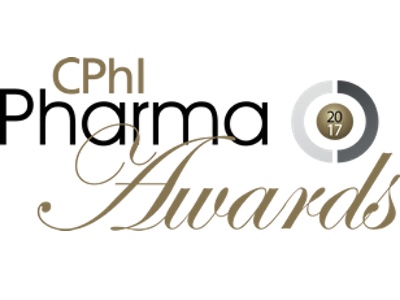 CPhI Worldwide, organised by UBM, announces the finalists of the 2017 CPhI Pharma Awards. A record number of 98 entries have been shortlisted, with the winners due to be announced during this year’s CPhI Worldwide in Frankfurt.

Now in its fourteenth year, 19 commendations will be awarded in celebration of the most successful and innovative pharma achievements. These awards recognise and honour both large established companies, as well as early stage innovators.

The finalists have been selected from more than 200 submissions — nearly double 2016’s total — received from 27 countries.

In particular, there was fierce competition within the ‘Product Packaging’ and ‘Drug Delivery and Devices’ categories, receiving over 20 high-quality entries each.

This year’s judging panel of 17 includes many of the industry’s most prominent experts, across a diverse range of subject areas. The panel is chaired by Rita Peters, Editorial Director of Pharmaceutical Technology. The judges worked diligently through a large volume of applicants and unanimously reached an agreed list of finalists for each category. Click here to access this list.

Tara Dougal, Acting Head of Content at UBM, said: “The pharma industry is extremely competitive and it is important to provide wide recognition to the progress that is made in the industry every year. What was most impressive was the sheer volume of entries we received and it therefore took us longer than usual to evaluate them all as we gave each entry the attention their efforts merited.

“I am grateful to all the companies that worked so hard to prepare a submission, as well as the judges for their time and attention, and I would like to congratulate the finalists for their achievements in this prestigious awards programme. We wish them the best of luck.”

The winners will be debated by the judges before they are unveiled live at the prestigious CPhI Pharma Awards Gala taking place 24 October in Frankfurt.