This improvement is primarily attributable to higher profit, lower cash out for exceptional items and lower income taxes paid.

For 2017, we are confident that we will achieve growth in local currency and progression in operating cash flow.

For the full year, local currency growth was strongest in Asia and the Middle East and Africa.

EBITDA before exceptional items increased by 4% in Swiss francs and reached CHF 887m, compared to 853m in the previous year. 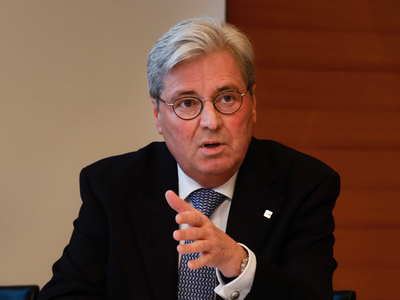 The continued improvement in performance allows the Board of Directors to propose a dividend of CHF 0.45 per share to the Annual General Meeting. This sum reflects an increase of 12.5% compared to the previous year.

It is proposed that the distribution be made from the capital contribution reserve which is exempt from Swiss withholding tax.

Clariant expects the uncertain environment, characterised by a high volatility in commodity prices, currencies as well as political uncertainties, to continue.