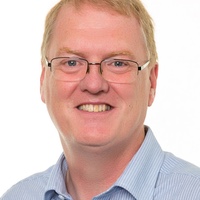 Concept Life Sciences, providers of a wide range of innovative and integrated solutions within the pharmaceutical, biotechnology, agricultural and consumer sectors, announced the appointment of John Handley as COO.

“His operational skills will be pivotal in facilitating our growth in Integrated Discovery, Development and Analytical Services. Our aggressive growth plans, both organic and via acquisition, will benefit immensely from John’s wide industry experience.”

In his role, Handley will be responsible for managing the effectiveness and efficiency of operational processes both internally and externally across the Concept Group.

As a key member of the Executive Board, Handley will drive operational excellence across the Group with the goal of improving business effectiveness and profitability. He will also work closely with the Business Development team to create opportunities for growth and development of new service areas, and oversee Quality Assurance to ensure full regulatory compliance.

Handley brings more than 30 years’ experience of working within the contract research industry and joins Concept Life Sciences from Envigo where he most recently held the position of President of EMEA Operations. Prior to this he was General Manager of the Contract Research Laboratories in EMEA, following the merger of Harlan with Huntingdon Research in 2015.

Following completion of his Masters in Aquatic Biology at the University of Cardiff Handley worked on a research contract for the European Union developing methods for chemical registration.

From there he moved to the Huntingdon Research Centre for 3 years, before joining Safe Pharm Laboratories in 1989 to design and set up their ecotoxicology facility. In 2005, he became Operations Director for the company until 2007 when the company was acquired by Harlan Laboratories and was made General Manager for the UK.

In January 2009, he was appointed VP for Environmental Safety and Metabolism across all Harlan CRS sites and in August 2011, took control of all Operational Units in the Harlan CRS structure. In 2014, he became President of Harlan CRS.

Handley said: “I am delighted to be joining Concept Life Sciences and I am looking forward to bringing my experience of the CRO business and helping drive the growth of the company.”