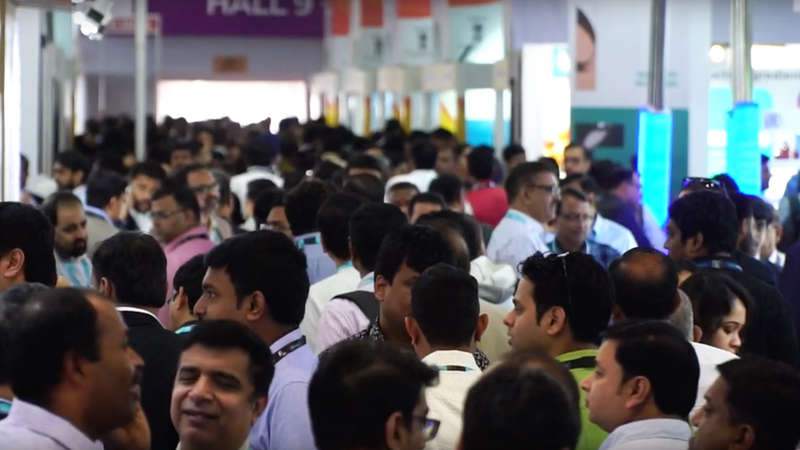 CPhI & P-MEC India 2019 has closed its doors to over 45,000 visitors and upwards of 1,600 exhibitors from 44 countries, making it the largest pharmaceutical trade show in South Asia.

Mirroring the event’s success, India is set for rapid growth in 2020 according to the recent CPhI Annual Report Pharma Index.

Cara Turner, Brand Director at Informa, said: “CPhI & P-MEC India is emblematic of the performance of the Indian pharmaceutical industry, which has made fantastic progress in the last 12 months. With remarkable results seen in the 2019 CPhI Pharma Index serving as its backdrop, this year’s exhibition welcomed a record-breaking number of attendees to New Delhi.

Now in its 13th year, three days of CPhI & P-MEC India staged a breadth of informative content sessions, with pharma experts from across the entire supply chain sharing their knowledge. One key trend to emerge was the continued goal of aligning India to Western regulatory standards, which experts suggest will help the country sustain significant increases in exports if harmonisation of regulations continues.

Innovation was another major talking point, with the widespread view that the current lack of innovation could potentially be one drag factor for India in the near future. Pharma experts discussed a number of proposed ideas for boosting innovation, including government investments in research initiatives and talent to form an ‘Innovation Hub’, as well as shifting manufacturing towards biologics development. In fact, raising regulatory standards and enhancing innovation are two crucial milestones the country must reach if the market is to achieve its ‘Vision 2030’ aspiration, which could result in a market valued at $130 billion by the end of the next decade.

There was huge interest in the latest machinery driven by the expanding production base in India, as well as continued efforts to lower production costs and adapt equipment to the evolving drugs pipeline. In response, P-MEC India was larger than any previous year, with cutting edge manufacturers displaying the newest commercial machinery and technologies on the market. Investing in the right technologies has become an integral part of industry efforts to prepare for the next wave of growth. 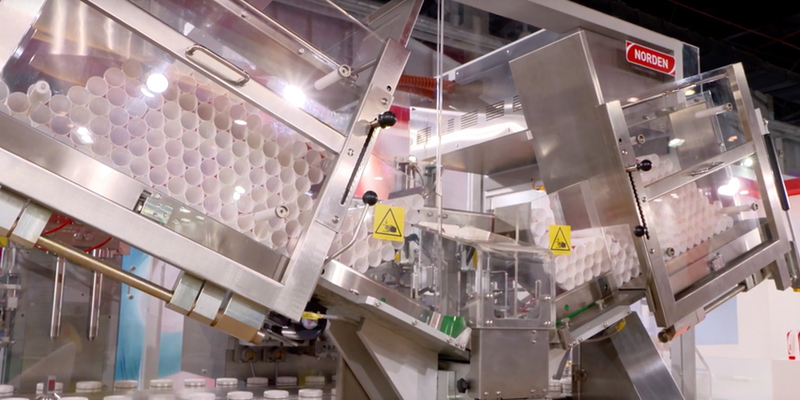 In its 4th consecutive year, India Pharma Week hosted a plethora of initiatives spanning over five days, giving executives the chance to engage in thought-provoking discussions about how to propel the country’s pharmaceutical market forward. Notably, the CEO roundtable saw pharma leaders explore the benefits of Indian companies tapping into the Chinese and Russian markets. For example, the Russian government provided a number of cost-saving incentives that Indian pharma could capitalise on.

This year’s Women in Pharma Summit – a platform where women in the industry can give accounts of their personal experiences and success stories – proved to be a major triumph. It included a celebration of contributions made by some of pharma’s brightest female stalwarts, as well as progressive approaches to better shaping a future-fit industry.

The Pre-Connect Congress event brought together stakeholders from all aspects of the pharma supply chain to discuss the key drivers in Indian pharma for the upcoming year. On top of the aforementioned ‘improving regulatory compliance’ and ‘innovation’ topics, the implications of Pharma 4.0 and Artificial Intelligence were discussed, as well as the benefits of companies diversifying their generics portfolios.

Finally, the India Pharma Awards saw winners spanning 18 categories and all aspects of the supply chain. Notable victors include Syngene, who won the ‘Excellence in Contract Research & Manufacturing’ award, as well as Biocon, who was bestowed the prestigious ‘Company of the Year’ award.

Rahul Deshpande, Group Director at Informa said: “The event never fails to educate visitors on the latest trends to emerge in Indian pharma, including new innovation initiatives and rapidly advancing harmonization efforts – it’s a really buoyant time across pharma in India. Already, we are excited to return to Delhi next year, as we anticipate both Indian pharma and CPhI & P-MEC India to be hugely successful in 2020.”

CPhI & P-MEC India 2020 will take place at the India Expo Centre next November (25-27), with all market indicates pointing to an extremely prosperous few years ahead.